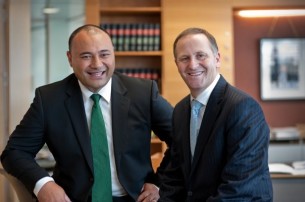 MP for SERCO, Sam Lotu-Iiga, chats about his future with John Key

Protege of the Simon Lusk School Of Politics, National Ltd™’s Sam Lotu-Iiga, was back in the House this week. Explaining. Again.

As Corrections Minister,  Lotu-Iiga was  facing questions about SERCO dropping from first to last place on the most recent Prison Performance Table. Was SERCO’s first place position the result of Lotu-Iiga and Corrections having had the wool pulled over their eyes? Needless to say, Lotu-Iiga’s answer was “no” and, what’s more, his previous effusive praise of SERCO was based only on the information he had available “at that time”.

Hmmmm . . . for a Minister of the Crown to not carry out even cursory due diligence (just type “SERCO” into Google) seems a tad casual. Had Lotu-Iiga done so, he would have discovered that the information available about SERCO – “at that time” –  included such things as . . .

Lotu-Iiga’s squriming around trying to say he did not have sufficient information about SERCO prior to his effusive praise is his attempt to pull the wool over the eyes of New Zealanders, and avoid accountability.

And SERCO is the company being lined up as a potential leading “private sector partner” in National Ltd™’s dodgy-as “social investment” racket. 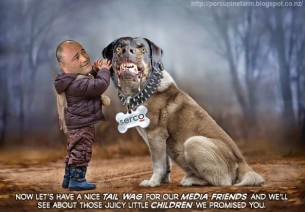