National is telling fibs on housing 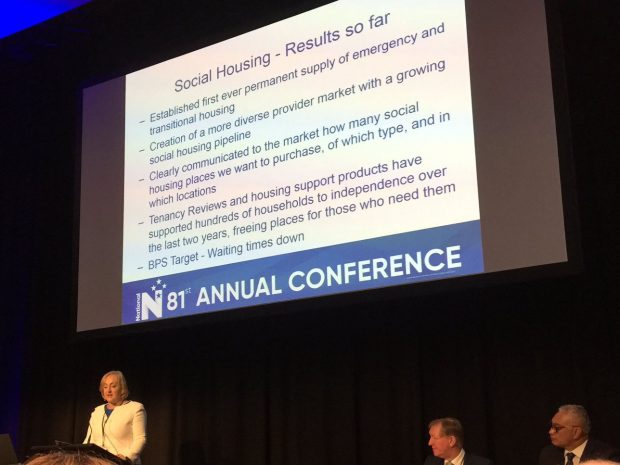 It seems to be a practised technique of this Government when asked an embarrassing question to make as much positive aggressive noise as possible and to hell with the facts.

Such was the housing debate that occurred between Phil Twyford and Amy Adams on Q&A during last weekend.

Most of the debate had me struggling to reconcile what Amy Adams had said with what the reality is.  For instance she implied National was responsible for low interest rates when anyone with a basic understanding of the world’s economy would realise they are a consequence of a combined collective response to the global financial crisis which was caused by the greed and the avarice of the right.

So I thought I would do some analysis.

The debate is here.  And here are parts that I cherry picked for particularly egregious breaches of, well basic truth.

PHIL It’s an admission of total failure. There are 41,000 people who are homeless, according to the government’s own definition of homelessness. There are families living in cars and garages. And since National’s been in office, they’ve reduced the number of state houses by 5000.

Things then descended into farce.

PHIL When you take into account social housing provided by community housing providers, there are 3000 fewer places than there were when Amy took office.

As far as I can make out 275 transitional and emergency houses were added last year but that was all.  So Phil’s figure appears to be generous.

PHIL Last year they built 795 state houses. They sold off 925. Now, if the government hadn’t taken $1.8 billion out of Housing New Zealand in taxes, in dividends, in interest payments, if they had invested that in building more state houses, there’d be 5000 extra state houses.

AMY Let’s address that. Because actually, those numbers are simply wrong. We now have 2100 more people getting income-related rent subsidies than when we took office. We are growing state housing at the rate of 2000 state houses a year.

Utter bollocks.  This is the graph showing additions and disposals.  Disposals have outpaced additions for some time and the net change is negative.  I dont know where she gets her figure of 2,000 more state houses a year. 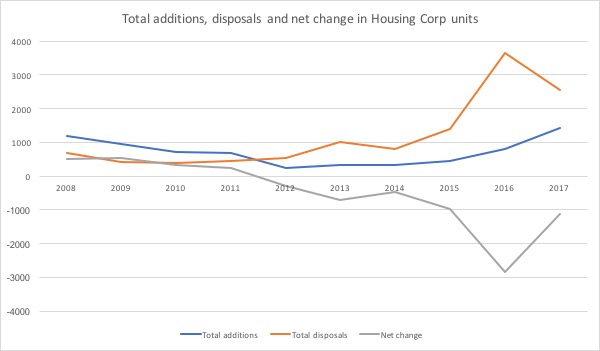 And the basic problem with this debate? Since 2008 the population has grown 12.4%. To keep up with need as it was then there should be 77,600 state houses. We are going backwards at a rate of knots. And this is before the crisis of affordability has hit Auckland and other areas.  No wonder why homelessness is now so visible in a land that should be made of milk and honey.

The debate sums up National’s approach to politics perfectly. Jump up and down and say things are fine, offer dubious statistics and complain that Labour has got it wrong when even a cursory analysis of the figures suggests they are right. Ignore population growth. And somehow say things are OK.  When clearly we are facing a crisis.

16 comments on “National is telling fibs on housing ”