National refuses to rule out coalition with Destiny 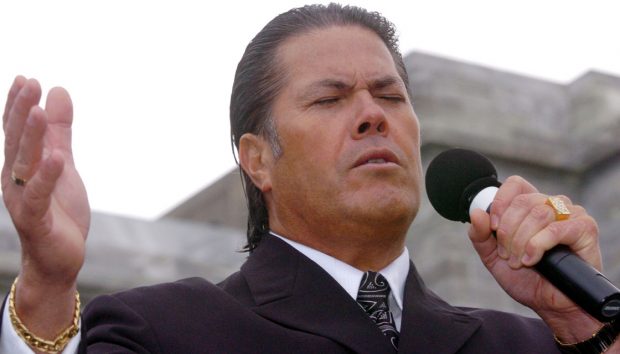 So yesterday this happened:

Tamaki courted controversy soon after the attacks on two Christchurch mosques where 51 people died, when he tweeted his anger at the Islamic call to prayer being broadcast during a ceremony to remember victims.

In an interview with Al Jazeera’s 101 East, Tamaki doubled down on the anti-Islam rhetoric.

“You’re coming to my country, and therefore you respect the host country,” he said.

“After a term in being here, you run your life and your values and your religion like you did where you came from – that’s disingenuous to the foundations of the countries that have been built over [the] years.”

Tamaki blamed a clash of cultures for the alleged shooter’s actions.

“I think it’s naive to think different cultures could happily and harmoniously live together,” he told 101 East. “I think that’s a bit naive and almost ignorant.

He also said that white supremacists have been “hurt” and become bitter.

“Clash of cultures”, white supremacists being hurt and becoming bitter, sounds like he is after the rabid right vote which is a strange position for someone with self professed deeply held christian beliefs to take.

And attacking multiculturalism and expressing sympathy for white supremacists are not the things that you would expect a MMP savvy prospective political operator to do either.

Because based on this you would expect every main stream party to attack Tamaki’s views and rule out instantly the remote possibility of working with him.

Even National operatives get it:

There is a National caucus meeting this morning. I understand there will be a push for Curia polling to be presented to the meeting so that MPs can assess which public poll is more accurate and how bad to the party is.

I had thought that Bridges was safe until the next election. But this sort of clunky disastrous response is going to make his caucus question the utility of this.

124 comments on “National refuses to rule out coalition with Destiny ”