National tries to have it both ways 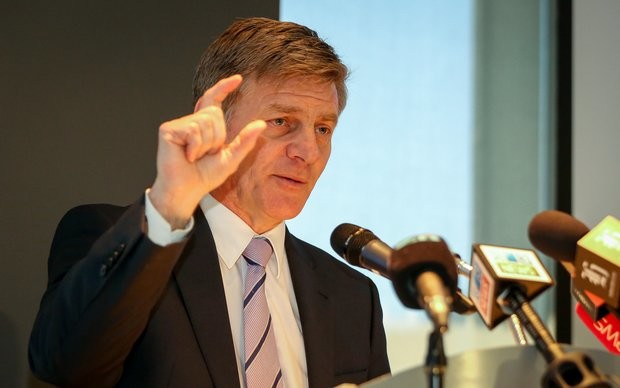 National has for a while been talking about tax cuts and clearly was positioning itself to announce cuts during the election campaign next year. The justification is a $1.8 billion operating surplus and such details as book losses for ACC of $5.1 billion and for the Cullen Super Fund of $2 billion, an increase in the Government ETS liability of $1.5 billion and net Crown debt increasing by $1.3 billion are not going to get in the way.

But after the Kaikoura earthquakes this week you would think that some restraint should be shown. But no, National is refusing to rule out tax cuts. Sometimes even the pretence will provide political benefit so in these post truth political days I guess I am not surprised.

Finance Minister Bill English is moving to lower expectations of a windfall in the Government’s books ahead of new forecasts, saying spending pressures even before this week’s earthquake have been building up.

“There will be significant extra spending generated by the earthquake but it comes on top of other spending pressures that have been building up for a while,” he told the Weekend Herald.

Among those big ticket items included issues related to pay equity claims, the need to fund a significant growth in the prison population which would put pressure on operating and capital spending, as well as the pressures brought about by population growth.

Asked whether there was less chance of there being a tax-cut package in next year’s budget, he said it was too soon.

“It is yet to be seen when you take into account some of these spending pressures.

“Even though the economy is stronger we have yet to see whether the surplus is going to be stronger in the short term.”

“But an accumulation of issues means it is unlikely to be big windfalls.

A responsible Government would say plainly that tax cuts are not an option. The country’s needs require the Government to step up and play its part.  Short term political considerations should be shelved as these needs are addressed.

And there is an urgent need to replenish the EQC fund. Back in 2010 before the first Christchurch earthquake the fund sat at $5.93 billion. The latest report shows that things are now not so rosy. EQC’s assets are $2.1 billion but its liabilities are $2.5 billion and this was before this week’s events. There is a Crown guarantee for the fund. Looks like the Government will have to write a large cheque pretty soon.

Road reconstruction is going to hit the National Land Transfer Fund hard.  Some of those roads of national significance need to be rethought.  Quickly.  And Auckland’s urgent need for infrastructure funding is an ongoing need that is developing into a crisis.  If National wants to stake economic development on rampant immigration it will need to help with growth costs.

Why would the Government still be talking about a tax cut?  To reinforce an existing prejudice that somehow it is better with the country’s finances than the opposition and that it is more likely to give one.

Clearly in the Government’s mind the illusion is all important.  It is a shame about the reality.

51 comments on “National tries to have it both ways ”