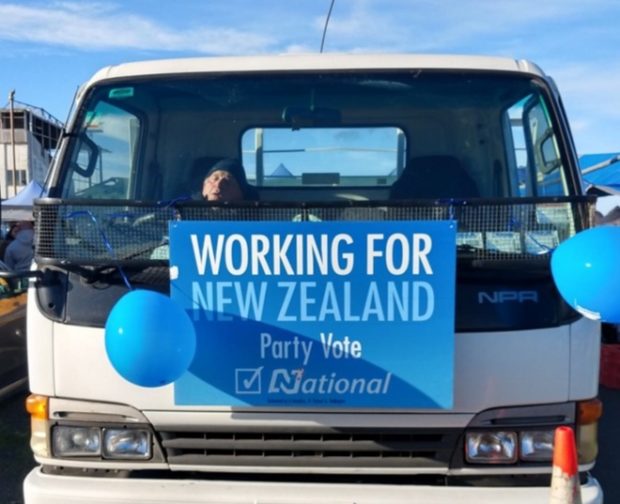 I thought I would have a dive into National’s announced policies to see what they are proposing.  It did not take me long.  For a party that promised to be a policy factory it was a real disappointment.

They do have a vision statement. 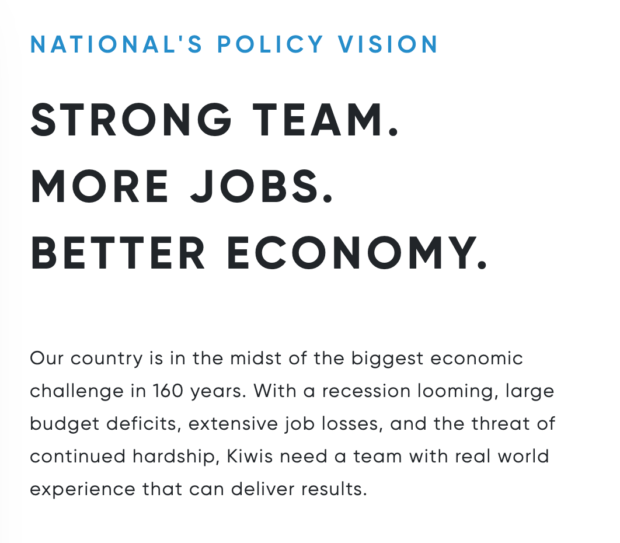 It seems that the only thing that matters to National is the economy.  There is no mention of Covid 19 or the need to keep us safe.  And there is no mention of the tsunami of environmental disasters heading our way.  Or the importance of community or family or aroha.  Nothing but the economy appears to feature in National’s thoughts.

They do have an environmental policy but it is not finished yet and they have no announced policies.

They also acknowledge the importance of community but as yet have no policies.

They also have workplace policies that are as yet not complete.

To be fair they have announced a few policies, scrapping teachers fees, mainly to weaken the Teacher’s Council, restarting international education which most people think in the middle of a pandemic is bonkers, and reversing Labour’s vocational education reforms.

They have announced a lot of infrastructure projects, mostly roads and many of them unfunded.  Crazy stuff like building a road tunnel through the Brynderwyns and Auckland’s East West motorway for when the world has to urgently get away from using cars.

And they have announced a few business policies, letting people buy courier runs with some of their kiwisaver, extra money to businesses to employ people they would probably employ anyway, tweaks to depreciation so businesses can depreciate items more quickly, GST cash refund, and a $100 million package of direct grants for tourism projects aimed at increasing demand for tourism.  They just don’t get it.  Tourism is going nowhere for years if ever.

Judith Collins was on Radio New Zealand this morning and said that the delay is because they are waiting for the release of Treasury’s PREFU.

This is bollocks.  At the same time last election Labour had a fully costed and reviewed set of policies ready to go.  And to those who claim that Labour is also going policy lite can I refer them to this website which contains all you want to know about what Labour is planning.

I have never seen National so messy.  Whether it is mass resignations and retirements, selection controversies, the failure to vet new candidates properly, or the complete lack of a policy platform they are messy, messy, messy.  And I can tell you from door knocking that I have done recently that this is the overwhelming impression that ordinary people have, and some of them were erstwhile National supporters.

Early voting starts in a month.  If this keeps up we could be looking at a 2002 type result for National.