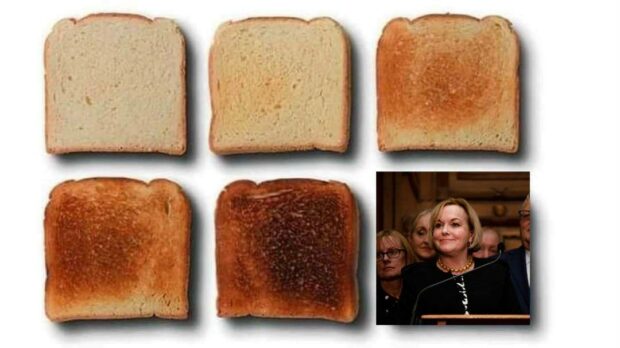 Events this afternoon have confirmed that Judith Collins is indeed toast.

The right does not tolerate failure.  They would eat their young for political advantage.  Continuous polling failure and the prospect of three more years of progressive rule will cause them to act, urgently.  No matter what the circumstances are.

This afternoon the latest UMR result was predictably leaked.

But then the public declaration of National Party civil war occurred.

The Taxpayers Union released a Curia poll suggesting that these results were actually not too bad and National’s situation was much more dire.  Chief Executive Jordan Williams, who featured prominantly in the book Dirty Politics inter alia for treatment of women which was, shall we say, less than optimal, has expressed concern that women are flocking to the left.

They will need to sort this out.  But I don’t think that Jordan is the person to do it.

The release of Kiwiblog’s David Farrar’s poll for the National sock puppet Taxpayer’s Union suggests that tolerance for Judith Collins reign is now over.  A clearer declaration of civil war is not possible.

I am not surprised.  Her past week has been disastrous, even worse than any other week of her past year.  Even the Hamish Price blue shoes episode was not so bad.

So the spill is on.  I don’t think they will wait.  I suspect it will happen during the next week.

The problem is that the alternative leader choices are dire.  Maybe someone who has been hit by lightning three times may be the choice, even though she is fucking useless.  The lack of alternatives may save Judith at least for now.

Typical National, caring more about their god given right to rule than caring about getting the country through a global pandemic that so far we have handled very well.

The rest of us are grappling with a pandemic.  National is more interested in sorting out an internal civil war.