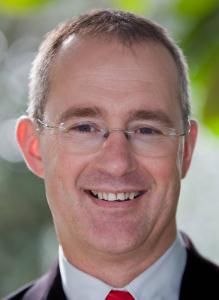 Phil Twyford is the Labour MP for Te Atatu, and Labour’s spokesperson on Housing and Auckland Issues. He is also asking the same questions that many Aucklanders keep asking as they watch a succession of government ministers trying to valiantly advance backwards into Auckland’s past with no obvious purpose.

When the new Housing Minister comes to Auckland and says the Mayor is killing the dream of home ownership, and planning regulations have a stranglehold on the city it is always going to grab the headlines.

Nick Smith is just the latest General sent north by the Government to quell restless natives over the Bombay Hills, and Aucklanders are getting used to it.  Murray McCully, Steven Joyce, and Gerry Brownlee have all had a go.

Why does the Government seem to be at war with Auckland?

And why, after all the effort that went into creating the super city so Auckland could speak with one voice, does the Government not want to hear what Auckland is saying?

Brownlee’s own transport officials did much of the work on the study which confirmed the City Rail Link as preferred option and predicted without it the city’s traffic would slow to walking pace by 2031.

In the House Brownlee likened the City Rail Link, supported by 63-64% of Aucklanders according to the last two polls, to the ill-fated monorail project on The Simpsons.

You are always going to get differing views on projects like these but what is extraordinary is the gulf that has opened up between the Government on the one hand and Auckland’s Council and public opinion on the other.

On the defining issues in our country’s biggest city: how to fix the gridlock and the compact city v sprawl, the Government and Auckland are at loggerheads.

Len Brown and the Auckland Council want to build the City Rail Link and invest aggressively in public transport. The Government opposes the CRL and has not initiated a single new public transport project in four years.

The Mayor and Council want to build up and out, balancing greenfields development with intensification. The Government wants to smash the city limits and roll out new suburbs deep into the countryside.

It is easy politics to point out that on those two vital issues Ministers from the South Island are trying to run Auckland from their offices in Wellington.

This sense of an Auckland v central government stoush is heightened by the fact that three of the National Party’s closest allies have publicly sided with Len Brown and the Auckland Council on the issues of public transport and the compact city.

Before Christmas Conor English, the Finance Minister’s brother and CEO of Federated Farmers, called for an end to sprawl, saying Auckland needed to invest in public transport and grow up not out.

And in the Herald, the Chamber of Commerce and the Employers and Manufacturers Association, set out a comprehensive case for Auckland’s transport aspirations including building the City Rail Link as a matter of priority.

It is fair to say that Len Brown has won the argument on transport. First he won an electoral mandate. Then he convinced the normally National-aligned Auckland business establishment to back his transport agenda and not the Government’s.

That it looks increasingly likely the Mayor may not face a serious challenger from the Right in elections only seven months away is another indication Brown has the public on his side.

While it is tempting to see the Government’s falling out with Auckland as party political, that from National’s perspective the wrong guy won the mayoralty, I think it is more complicated than that.

At its heart this debate is about the role of government in building successful cities. The Royal Commission on Auckland Governance that preceded the amalgamation, and then the Auckland Plan, tap into a rich vein of international thinking on the importance of cities in today’s economic map.

If cities are going to harvest prosperity from the concentration of people, businesses and creativity then they need active government intervention to deliver public transport systems, affordable housing and a planned, balanced approach to managing growth.

National does not buy that. They are more comfortable with motorways, sprawl and the hands-off approach to urban development that we’ve had since the 1950s.

Until this argument is resolved, and we have central and local government pulling together, it is going to be difficult for Auckland to make the progress we all hope for.

lprent: I haven’t had time to locate the links to make this less static, if someone cares to locate some, then I will add them into the post.

49 comments on “National’s war on Auckland ”