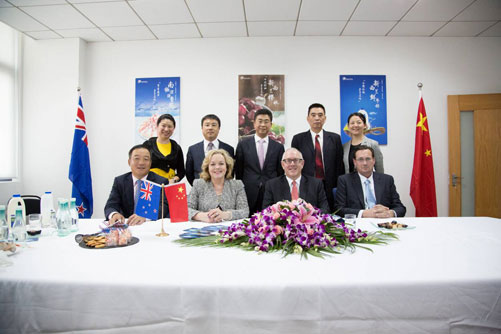 The focus groups must be speaking loudly and clearly. The Government is slowly changing its previously stated position that no one owns water to maybe foreign corporations should be charged if they extract water for private sale. Although it has put the issue off until after the election no doubt in the hope it can then cobble together a majority and continue to let farmers and foreign corporations pillage our water supplies.

Prime Minister Bill English may be open about charging companies for bottling water, but told Morning Report today that nothing would change before the election.

Mr English said there were a lot of difficult questions to be answered before there were any changes made to whether companies are charged for water.

Mr English told Morning Report the government had focused on the top priority, which was raising the quality of water.

“But the business of how you actually overturn a century or so, or more, of the law that no-one owns the water and no-one actually pays for the water – they might pay for the use of it or the facilities or the infrastructure – there are a lot of questions there that have to be answered.”

Mr English said that after decades of talk about the ownership of the country’s water, a “systematic way of dealing with it” was needed, and that would not happen before the country went to the polls.

“Our common law has been ‘no-one owns the water’, it’s been pretty critical to New Zealanders’ perception of how they can use it, access it, and so on, and then the tricky bit of who pays for what.”

The government’s position is bizarre.  It claims that water is not owned by anyone but only so that it can maximise private use of it by farmers and export companies such as Oravida which has strong links to National and is a generous donor to National’s coffers.  The analysis neatly sidesteps the issue of water allocation as well as water quality.

And the Government has already investigated the issue.  It published a discussion paper in 2012 and the answer was that the issue was too difficult.  Again from Radio New Zealand:

The government’s Land and Water Forum discussed the question of taxing water in 2012, but no resolution was reached and no recommendations made.

In a report it said “some members strenuously opposed any concept of charging or taxing for the use of fresh water”, while others maintained “there were valid reasons for charging because of the community benefits, and for efficiency reasons.”

Green Party MP Catherine Delahunty said the forum did not reach a consensus, and nothing would change with the advisory group investigation.

“I’m all for consultation etcetera, but if it’s not working then it is time for leadership and I think the reason the prime minister has passed the buck is that it doesn’t want to deal with the Treaty of Waitangi issues around what happens to water and who owns it,” she said.

The water issue is multi faceted and raises all sorts of interesting issues and potential pitfalls for the Government.

There is also the issue surrounding the cleanliness of our rivers.  They are in an appalling state and Nick Smith’s sleight of hand in trying to suggest that a long term plan to improve water quality that relied in the acceptable quality being degraded has gone down like a proverbial cup of Canterbury water.  Saying that a river should be “wadeable” as opposed to “swimmable” and then refining “wadeable” to mean “swimmable” takes a great amount of chutzpah.

And there is the issue that overseas corporations like Oravida are paying peanuts for local fresh water and selling it at considerable profit.  Some of those profits have ended up in donations made to the National Party.  And Judith Collins links to Oravida provides an extra amount of unavoidable eyebrow raising.

All these issues intersect and the unfortunate thing for the Government is that it is on the wrong side of each of them.  To improve water quality and the health of waterways some sort of regulation of water use will be required.  And foreign corporations should pay a fair price for the ability to profit from what remains of our clean and green waterways.

This Government is usually keen for the invisible hand of the market to provide the necessary discipline.  But this time things are different.  Bill English thinks that it is too hard to work out who owns water, therefore nothing will be done.

Is this government bereft of intellectual grunt to work out a solution to the problem of allocation, afraid to offend its corporate and farming supporters by either pricing the use of water or taking steps to stop our rivers from being used as open sewers, or indifferent to rights of Maori under the Treaty of Waitangi to clearly what is a Taonga.

Or is it all three?

The Government’s timidity/indifference/lack of intellectual firepower means that this issue is going to hurt it.  As it should.