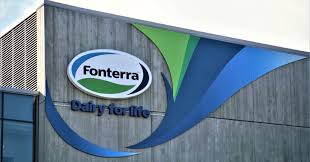 At a forecast farm gate milk price of between NZ$7.25 and NZ$8.75 per kilo of milk solid, Fonterra is going to fill up its milk tankers, drive back to their suppliers with cash and pump it straight back into the farmhouse like we haven’t seen in a decade.

Around 10,000 farmer suppliers would receive about $12 billion. That is a pumping economy right there.

Every policy setting we have says do the opposite: diversify away from high mass bulk exports and towards higher-end value-added exports.

With tourism not ever again likely to regain its dominant place in our economy, New Zealand’s big exporting sectors are dairy, horticulture including wine, and health tech and software.

For dairy, far and away our dominant export industry and largely reliant on China, there are real environmental limits to be faced which are only going to get harder. Future growth must be encouraged from a shift to products with higher value added. With so many of our non-Fonterra dairy companies in serious trouble, it’s not yet evident that the state has many direct instruments to encourage Fonterra to do this, and with demand for their existing product lines in China so strong there’s not huge incentive either.

Dairy is the most perverse part of the New Zealand economy.

It’s not the same with horticulture, since Zespri is an anchor firm that generates and protects intangible assets and actively seeks to be at the global frontier of value moreso than volume. The longstanding relationship between CRI Plant & Food (and predecessor entities) have been instrumental in developing innovative and high value new fruit varieties. It’s really set the benchmark for government-industry export relationships as an entire innovation ecosystem.

Even timber  – together with its government partner CRI Scion – is not to be outdone, hitting record price levels as you will find if you have to do house repairs, extensions, or whole builds.

It’s very hard to predict whether slowing growth in China will be offset by further Biden-fulled growth booms in the United States, or the malign reverse where the fiscal stimulus in the United States fades later this year just as China hits the bottom of its deleveraging cycle. But foods generally, even in their bulk form, aren’t as vulnerable to such cycles as construction materials like steel and coal. So we are sitting pretty, even if we remain vulnerable to China.

And frankly who the hell knows which way the Senate’s anti-China legislation will fall in the next month. Productivity increases be damned, because in the meantime we are generating the stuff our customers want. Period.

Trade tectonic plates may well be pulling apart with force between China and the United States, but it’s appearing, perversely, to make New Zealand’s economy all the hotter.