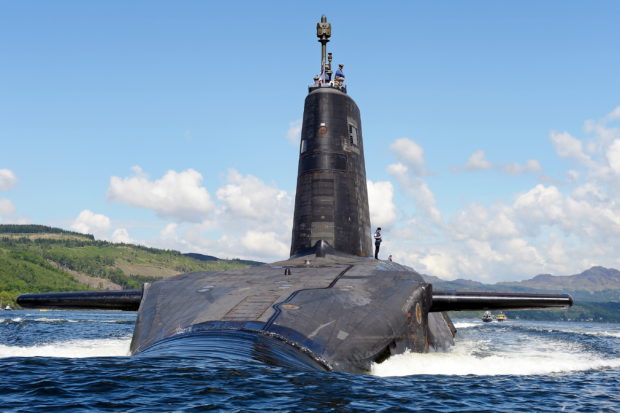 So Australia, the United States and the United Kingdom have publicly announced they have formed a new security grouping, clearly as a message to China.

But the announcement has not gone down well.  From the Guardian:

Britain and the US are battling to contain an international backlash over a nuclear submarine pact struck with Australia amid concerns that the alliance could provoke China and prompt conflict in the Pacific.

Boris Johnson told MPs that the Aukus defence agreement was “not intended to be adversarial” to China. But Beijing accused the three countries of adopting a “cold war mentality” and warned they would harm their own interests unless it was dropped.

Johnson’s predecessor as prime minister, Theresa May, questioned whether the pact meant Britain could be dragged into a war with an increasingly assertive China over Taiwan as Washington demands a greater British presence in the Pacific.

In Washington, the US defence secretary, Lloyd Austin, made clear that the administration had chosen to close ranks with Australia in the face of belligerent Chinese behaviour.

Austin said he had discussed with Australian ministers “China’s destabilising activities and Beijing’s efforts to coerce and intimidate other countries, contrary to established rules and norms”, adding: “While we seek a constructive results-oriented relationship with [China], we will remain clear-eyed in our view of Beijing’s efforts to undermine the established international order.”

This has caused a chilling response from China:

A senior Chinese military expert has said the newly-announced Aukus pact, which will see the UK and the US supply Australia with nuclear-powered submarines, puts the latter at risk of becoming a “potential target for nuclear strikes”.

Speaking to China’s state-run Global Times newspaper, the unnamed official said nations such as China and Russia would not treat Canberra as “an innocent non-nuclear power” but as “a US ally which could be armed with nuclear weapons [at] any time”, adding that Australian PM Scott Morrison was putting his nation in danger.

Judith Collins has wondered why Aotearoa has been left out of this rather select group:

News that the United States, United Kingdom and Australia have formed a partnership without New Zealand is concerning and leaves many questions for the Government to answer, Leader of the Opposition Judith Collins says.

“New Zealand is not interested in the nuclear side of the new partnership, but the deeper integration of technology, artificial intelligence and information sharing as well as security and defence-related science, industrial bases and supply chains are areas we would traditionally be involved in.

The answer is simple.  A major feature of the treaty is to provide technology and assistance to Australia so that it can construct nuclear powered submarines.  Clearly this Government would have nothing to do with such an arrangement.

Although not technically in breach of the Non Proliferation Treaty the move will no doubt spark an arms race.  Just what we need in this part of the world.

Collins should also talk to former National Defence Minister Jonathan Coleman who thought being left out meant that we were getting the best of both worlds.  From RNZ:

We have excellent relations with all three countries in this new defence pact as well as a special relationship with China that frankly no other western country enjoys so I think the net position when you stand back from it is, actually, not being part of this we actually get the best of all worlds.

Jacinda Ardern has confirmed that no nuclear powered submarine could enter the country’s waters.  I think that the country should stay well away from this arrangement.