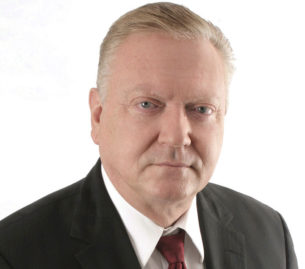 Panama Papers whistleblower “John Doe” in his “manifesto” published Friday  drew attention to Pacific island tax havens for the same good reason he singled out New Zealand Prime Minister, John Key, as the only national leader to be named.

Doe noted Panama law firm Mossack Fonseca, whose 11.5 million files revealed a tsunami of tax dodging around the globe, “used its influence to write and bend laws worldwide to favour the interests of criminals over a period of decades.”

“In the case of the island of Niue, the firm essentially ran a tax haven from start to finish.”

He noted Key had been “curiously quiet about his country’s role in enabling the financial fraud Mecca that is the Cook Islands”.

Key dismissed this accusation as “confused” because the Cooks use the New Zealand dollar.

The Cook Islands “Wine Box” tax haven scandal was very familiar to all New Zealanders in the 1990s – it was a by-product of the fast and loose financial culture introduced to New Zealand by fourth Labour Government Finance Minister, Roger Douglas.

The Wine Box documents which came into the hands of some journalists and NZ First leader Winston Peters, bore much similarity to the 11.5 million documents leaked from Mossack Fonseca and include similar taxpayer rorts, just like New Zealand’s current policy of not taxing foreign entities registered here.

The Commission of Inquiry into Certain Matters relating to Taxation, better known as the Wine Box inquiry, after a tortuous three-year investigation, controversially concluded that no fraud was committed. Legal appeals to that ruling taken by Peters partially overturned the conclusion with the PrivyCouncil stating there was a prima facie case of fraud.

By then the whitewashing action had achieved its purpose.

In the aftermath of the Wine Box, the Cooks, which are constitutionally part of New Zealand, agreed that it would allow New Zealand oversight of its tax affairs.

Journalist Fran O’Sullivan, a key figure in the Wine Box affair, noted on Q&A yesterday, that a dump of Cook Islands documents in 2013 showed little had changed.

The whole concept of establishing the Cook Islands as a tax haven was overtly and covertly supported by the likes of Roger Douglas and his successor Ruth Richardson on the precept that the islands would become more self sufficient and less dependent on aid.

That philosophy – of trying to build businesses rather than alleviate poverty — essentially is still followed today, as evidenced by the recently revealed tawdry affair in Niue, whereby New Zealand company Scenic Hotels was in 2014 awarded the contract to run Matavai Resort, funded to the tune of $7.5 million by New Zealand aid.

It transpired Scenic’s founder, Earl Hagaman, donated $101,000 to the National Party. Foreign Minister Murray McCully denies any connection but in the words of Christine Keller’s famous phrase, “well, he would say that wouldn’t he.”

The Cook Island tax haven model was imitated by Niue, Samoa and Vanavatu among others.

Mike Field, a journalist who knows more about dark activities in the Pacific islands than anyone, has, since the Panama Papers scandal has erupted, written two detailed articles outlining their nefarious operations in different Pacific islands.

Back in the 1990s, he exposed Mossack Fonseca’s Pacific activities, and he will be surely one of the only journalists to get a full interview with Mossack’s German principal, Jürgen Mossack, , who he likened to the Waffen SS staffer Jürgen father was.

For the Nikkei Asian Review, he noted that by the time Mossack turned his attention to the South Pacific, the Cook Islands, Vanuatu and Nauru were already deeply into the offshore financial sector business.

Nauru had 450 “banks” registered to a single government mailbox through which $70 billion of Russian mafia money passed in 1998, according to statements by the Russian central bank.

Mossack bypassed those islands after reaching a 20-year exclusive deal in 1996 to handle offshore incorporations for Niue, a dependency of New Zealand with a population of under just over 1,100.

Niue received $100 a year from each of the 6,000 international business companies set up by Mossack Fonseca over eight years. Local lawyer Peleni Talagi, daughter of the current prime minister, became the firm’s agent.

Niue registration offered “total secrecy and anonymity,” with no need to file annual returns, the firm’s web ads bragged. . There were no requirements to disclose beneficial owners, nor any need to to file annual returns. “Complete business privacy and confidentiality” was assured. Opaqueness was enhanced by allowing company creation in Chinese characters as well as Cyrillic or Russian script.

Such was its success that by the late 1990s Niue’s activities were attracting the attention of the Group of Eight, the Organization for Economic Cooperation and Development and the U.S. State Department’s 1999 International Narcotics Control Strategy Report which said: “Niue’s thriving offshore financial sector has been linked with the laundering of criminal proceeds from Russia and South America.”

Credit card activities were blocked threatening its tiny tourism industry. The Reserve Bank of New Zealand saw Niue, because it used the New Zealand dollar, as a threat to the currency.

Jürgen Mossack denied to Field his Niue operation was laundering “criminal receipts” as there was no banking system there. He told Field his business involved people “trying to avoid paying taxes in their home countries” – crucially “avoidance”, “unlike evasion”, is within the law, he said.

The OECD was using money laundering as a pretence to go after tax, he claimed. Niue had been offering “unfair tax competition” to the OECD.

He suggested the rich should protect their tax base in their own countries, not by beating up Niue.

“If OECD countries want to be serious about unfair tax competition they are going to have to close down their own operations first.”

According to data compiled from Mossack Fonseca’s files by the International Consortium of Investigative Journalists, the firm’s use of Niue as a tax haven peaked in 1999 with over 6000 accounts, and Mossack shut down its operations in 2004, though the island still ranks as the fifth most-used tax haven by the firm since 1977, according to the ICIJ’s calculations.

Mossack relocated its regional operations to Samoa, taking advantage of local legislation on international financial operations that had been in place since 1987. Samoa ranked as the sixth most-used tax haven by Mossack Fonseca. Nine other trustee companies are licensed by the Samoan Government.

In response to the publication of the papers, the Samoan government said the sector complied with international standards and “made assurances that Samoa will redouble its efforts to ensure Samoa cannot and will not be used by money launderers and tax evaders.”

Field notes Samoa has been less than cooperative in the past. According to documents cited by the Australian Financial Review, a member of the ICIJ team, a 2007 letter from the chief executive of the Samoa International Finance Authority wrote to Mossack Fonseca saying, “As you are aware, we have been deliberately stalling the proposals from OECD countries to enter into Tax Information Exchange Agreements.”

Field, in his colourful Spinoff article cataloguing his career in the Pacific, reveals how Nauru, under corrupt former president Bernard Dowiyogo became even more of a Wild West for tax havens than Niue. Over 450 banks were registered to a single Nauru mailbox, which was a money laundering front, used, according to the Russian Central Bank, to launder over US$70 billion of Russian mafia money in 1999, with the actual money channelled through accounts in the Bank of New York.

Field’s sources revealed that around a third of the 450 “banks” were of Middle Eastern origin, including Al-Qaeda fronts. The same names turned up again a few years later, when Tonga instituted a flag of convenience shipping scheme.

In 2001, after the 9/11 attacks the dying Dowiyogo was pressured to close down the tax haven in return for treatment in the US.

Field comments on the hypocrisy of Pacific leaders, espousing Christianity, but who are happily complicit to establishing schemes of malfeasance, and sometimes blatant criminality that rip off nations which are invariably their main aid donors.

“They would justify it by saying places like Hong Kong and Delaware were doing it. There were no victims, they would say,” Field says

Mossack correctly stated in Field’s interview that money laundering via “states” like Nauru could only be done with the aid of the world’s big banks such as HSBC and Bank of America which have recently been convicted for money laundering. HSBC last year paid a fine of 40 million Swiss francs in return for shutting down an investigation into its laundering.

Field points out that vast amounts of Mexican drug money was laundered via US-based banks using shell New Zealand company fronts, mostly set up by father and son operation Geoffrey and Michael Taylor, who have registered a huge percentage of companies registered in New Zealand.

“Every operation of that scale needs the intervention of the big international banks,” Jurgen Mossack told Field. “When they see an unusual operation they must know it, and if they then continue the business it is because either they are not interested in the morals of the story, or they see it as good business to continue these operations.”

“If you have figures of that sort… then the international banks know what they are doing.”

Mossack claimed his firm was being picked on because it was from Panama and he may be right. “Why is somebody who is based in Panama any different, any worse, than somebody based in the United States or Europe? Panama is a country like any other, it is an on-shore country, it is not an island in the middle of nowhere.”

If Pacific leaders are hypocritical being Christian while running these operations, there are equally hard questions to be asked about New Zealand’s politicians, especially of Key.

He is simply wrong both to say that John Doe is confused about the Cooks, or that it is not New Zealand’s responsibility.

As Winston Peters said on The Nation today, given that Key was a “financial whizz” in his former role with Merrill Lynch, he can’t have been unaware of what the Cooks, Niue and co have been up to.

It comes down to this – why are Key and his mates both here and abroad, not just content to tolerate, but are active in setting up these “legal” means to allow criminal tax evasion, avoidance and money laundering? The answer is this – they want to avoid paying their fair share of tax.

The ICIJ, that has been given access to the Mossack Fonseca files, plans to publish a “map” on the documents linking all the companies and the officers involved with them on Tuesday NZ time. We await with interest.