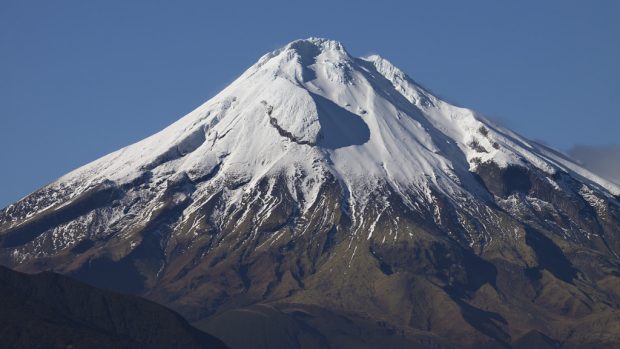 The Minister of Conservation Eugenie Sage, through Predator Free 2050 Ltd, have awarded $11.7 million of funding to controlling pests across Taranaki.

This is a contribution to protecting 4,500 hectares of farmland surrounding Egmont National Park. That will create a virtual barrier by a network of intensive trapping.

It will be matched by local governments and other funders to get to $47 million.

This is the first large-scale project in New Zealand aiming to remove introduced predators from an entire region. The intent is to restore the sound and movement of wildlife, and rejuvenate native plants across Taranaki.

Check out this video for one very proud Taranaki farmer, and what he hopes to see as a result of participating.

The biggest of these parallel projects is the Taranaki Mounga Project.

Taranaki Mounga is a collaboration between the Department of Conservation (DOC), Taranaki iwi, and philanthropic investor NEXT Foundation which is supported by founding sponsors Shell NZ, Jasmine Social Investments, TSB Community Trust, and Landcare Research. It intends to control to very, very low numbers all invasive rodents, mustelids, and rats, mice and possums across 34,000 ha of the national park encompassing Taranaki, Pouakai, Kaitake and the Sugar Loaf Islands.

They are also going for a zero possum project from the Kaitake Range to the coast.

For those of you who haven’t done the over-the mountain track, or gone around the massive swamp, or seen the great moss-covered forests on its flanks, it’s simply an honour to be there and you will see why so much effort is going into protecting it.

This is exactly what I was hoping for from a change of government to a Labour-Greens-New Zealand First team, and I hope to see more.

19 comments on “Reclaiming the Mountain”