Labour does not want to let them all out 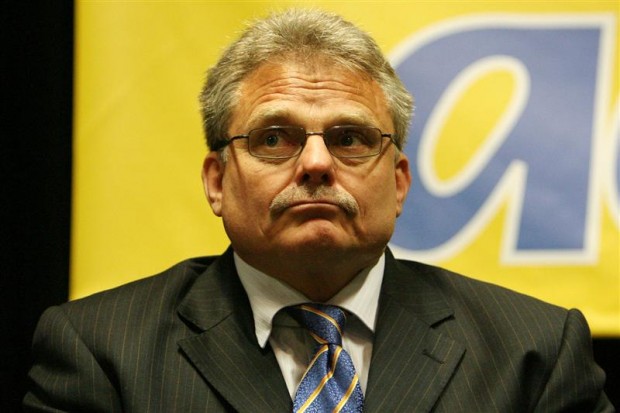 The three strikes legislation, the brainchild of dead baby identity stealing former ACT MP David Garrett, looks like it will soon be no more.

The legislation was a sports slogan masquerading as a serious penal policy.  Its genesis is in the US of A where an informed considered approach to criminal justice is subservient to good old boy tough on crime toting politicians.

It basically has a list of offences where first time up a defendant will be given a warning, second time up an offender serves the imposed sentence without parole and third time up unless it would be manifestly unjust an offender has to serve the maximum sentence for the offence.

This has resulted in anomalous results.  In a local case the result of which was described by Andrew Geddis as being batshit crazy an offender on his third strike was sentenced to seven years for pinching a prison guard’s bottom.  And in America one legendary case involved an offender who was sentenced to 25 years for stealing a piece of pizza.

The basic problem is that under these schemes Judges have no discretion to deal with the nuances of a case and work out a result that is fair and just.  The underlying pretext is that all judges are too soft and the heavier the sentence the better.

Of course the concept is, to use a well known legal phrase, bollocks, and no attempt to intellectually justify it has worked.

And this is why it is rational and just to repeal this law.

Andrew Little’s justification for the repeal of the law is reported in this Stuff article:

Justice Minister Andrew Little has signalled what could be the beginning of the end of New Zealand’s three strikes law.

Speaking to media at the Beehive on Wednesday evening, Little said a proposal was going to Cabinet in about 10 days time to endorse a repeal of the controversial law.

“It will then go through the normal legislative, Parliamentary process. We are not doing wholesale reform until we get a good public debate going.”

He said the tough line the justice system was currently taking on criminals was “not working”.

“I think there is an acceptance now that it just doesn’t work,” Little said.

He also announced a proposal that less serious offending would be more likely to be dealt with by way of community detention.

“If you have a sentence of two years or less, you’re at the lower end of offending … we can still do something with you, so it’s better that you’re out in the community.”

The move is just the start of the reform process needed if Labour is to achieve its goal of reducing the prison muster by 30%.

It would be great if there could be an informed civilised debate about our criminal justice system but judging by this hysterical post by National pollster David Farrar the chances of this are remote.

The heading, “Labour wants to let them all out” is embarassingly wrong.  Note to David.  Labour is proposing to do away with a law that creates arbitrary unjust results, not grant people on their third strikes their freedom.

He is also wrong when he says this:

I don’t know if Farrar is being disingenuous or if he is confused.  Reoffending rates are dropping throughout the western world.  There are many theories about the reduction including improved nutrition and reduced lead levels in petrol.  And the analysis of the effectiveness of the three strikes law has concluded that there is no statistical evidence that it is working.  Farrar is (a) postulating that the introduction of something is causative of something else when there is no link and (b) ignoring the statistical analysis on the subject, and (c) stating that prisoners will be let out early when they will only be let out according to a determination of the criminal justice system rather than being detained continuously for batshit crazy reasons.

Then Farrar put up this piece by David Garrett where he complained about the “mainfestly unjust” exception to the third strike and claimed that there should be an automatic sentence for third strike offenders no matter what.  Twenty five years for stealing a piece of pizza?  The dude ought to have known better.

If , hypothetically speaking, someone has admitted previous offending for stealing the identity of a dead baby and assault and then faces a drunk driving charge why shouldn’t they serve the maximum jail sentence for drunk driving if they are convicted?  Please note I have not been able to ascertain if a conviction actually occurred but the principle is the same.  After all according to the proposal a comprehensive three strike system will provide deterrence to repeat offenders.  Why limit it to more serious offending?  Or does Garrett have some arbitrary distinction between “good” people and “bad” people and the offences they commit?

Good on Andrew Little for being brave and sane at the same time.  But don’t expect the ongoing debate to be civilised or rational.

Much needed and courageous move.

Parties that support it aren’t tough on crime, they’re stupid on crime. https://t.co/fBBWjDQxMp

Update: And National has just borrowed Farrar’s phrasing and confirmed they will go full wingnut.