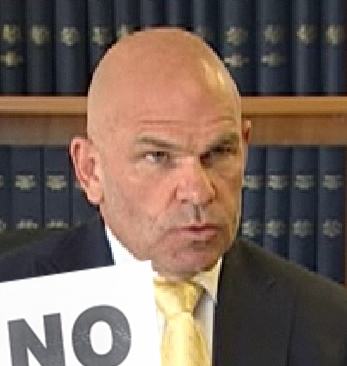 You just have to listen to this.

After “solid reflection” Rodney has realized that despite being adamant for several days that he’d done no wrong, he now understands that no, he has done wrong and has already returned the cash to the government coffers. Did it last week apparently, which is a bid odd in terms of the timing of events and stated motives for doing the right thing, but no matter.

Rodney convened a solemn press conference late Sunday afternoon in an effort to quell the flames engulfing him and stop the damage spreading too much further into the new week. No doubt he hopes that by prostrating himself and pleading for the nation’s mercy in a voice positively redolent with remorse, his cock-up abroad will soon be forgotten. We’ll see.

His formal confession (and believe me it played like one) was short and sweet and did quite well in terms of script if not acting. Of course he fell apart a bit when it came to spontaneous answers to the follow-up questions, saying he “stuffed up… lost sight of how to spend the money” and was suffering from being too busy, too excited and getting too used to the job [WTF?] But good on him for finally coming clean about the hypocrisy of his act.

It’s great that Rodney has acknowledged the wrongness of his actions and decided to refund the money. It’s great too that Rodney has decided to apologize to the country for his misuse of public funds to shout overseas trips for his girlfriend. Amazing it took so long to realize but better late than never.

No word from Buster Perky however about the wrongness of his boss Roger Douglas’s hypocritical squandering of taxpayer money for personal travel.