Save our tea breaks

Workers’ rights, including the right to tea breaks, are under attack from National. Labour has a petition to save our tea breaks:

The Government’s currently trying to rush through a law to stop workers from having the right to a tea break.For thousands of working Kiwis across the country, it will mean the risk of losing the breaks they take to have a deserved rest and a cup of tea or coffee.

We don’t have long to show the Government the strength of feeling against this proposal, but if they know that thousands of Kiwis feel strong enough to speak out against their plans in just a couple of days, there’s a chance they may back down on this part of their proposals.

Can you add your name to the petition and stand up for workers’ rights? The more of us who sign it, the more likely it is the Government will be persuaded to rethink their plans. 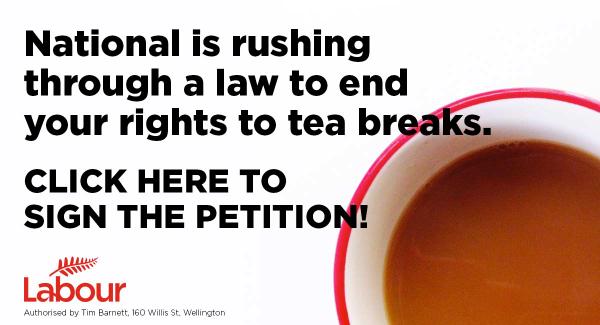 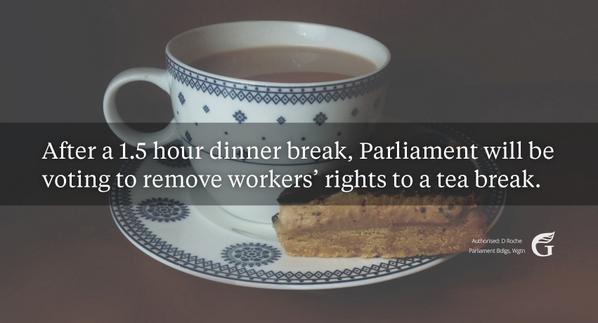 97 comments on “Save our tea breaks ”