Over the last few days I have been reading Neil Sheenan‘s “A fiery peace in a cold war“. It looks at the politics and infighting of the development of the US ICBM forces in the 50s and probably later (still reading). At the same time I’ve been reading last week’s Economist, including a feature on the current developing arms race in nuclear weapon systems. From the Economist leader

After the end of the cold war the world clutched at the idea that nuclear annihilation was off the table. When Barack Obama, speaking in Prague in 2009, backed the aim to rid the world of nuclear weapons, he was treated not as a peacenik but as a statesman. Today his ambition seems a fantasy. Although the world continues to comfort itself with the thought that mutually assured destruction is unlikely, the risk that somebody somewhere will use a nuclear weapon is growing apace.

Every nuclear power is spending lavishly to upgrade its atomic arsenal (see article). Russia’s defence budget has grown by over 50% since 2007, and fully a third of it is devoted to nuclear weapons: twice the share of, say, France. China, long a nuclear minnow, is adding to its stocks and investing heavily in submarines and mobile missile batteries. Pakistan is amassing dozens of battlefield nukes to make up for its inferiority to India in conventional forces. North Korea is thought to be capable of adding a warhead a year to its stock of around ten, and is working on missiles that can strike the west coast of the United States. Even the Nobel peace laureate in the White House has asked Congress for almost $350 billion to undertake a decade-long programme of modernisation of America’s arsenal.

The motivations are different.

Worst of all is the instability. During much of the cold war the two superpowers, anxious to avoid Armageddon, were willing to tolerate the status quo. Today the ground is shifting under everyone’s feet.

Inherently unstable states (for various reasons) like Pakistan, North Korea, Israel, and Iran appear to be using nuclear weapons or the threat of developing them to avoid change in their circumstances. They aren’t exactly states noted for their moderate internal and external politics. These are all states that are most notable for their populations of complete nutters, many of the more cynical ones in charge of those weapons.

Others want to shift the status quo.

Resentful, nationalistic and violent, it wants to rewrite the Western norms that underpin the status quo. First in Georgia and now in Ukraine, Russia has shown it will escalate to extremes to assert its hold over its neighbours and convince the West that intervention is pointless. Even if Mr Putin is bluffing about nuclear weapons (and there is no reason to think he is), any nationalist leader who comes after him could be even more dangerous.

China is somewhat less ambiguous. They are developing a mobile second strike capability in the unfortunate traditional logic of MAD (Mutually Assured Destruction).

Nuclear expansion is designed to give China a chance to retaliate using a “second strike”, should America attempt to destroy its arsenal. Yet the two barely talk about nuclear contingencies—and a crisis over, say, Taiwan could escalate alarmingly. In addition Japan, seeing China’s conventional military strength, may feel it can no longer rely on America for protection. If so, Japan and South Korea could go for the bomb—creating, with North Korea, another petrifying regional stand-off.

All of this is eerily like the crazed nuclear and delivery systems build up in the 1950s that Neil Sheenan documents. As then, the partizian fools in the US congress play their part at putting us all at risk 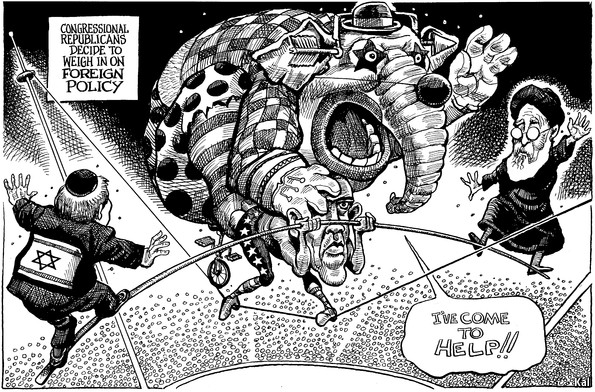 The turning point came between the US and the USSR during the Cuba crisis when the leaders at the time found that they had to talk to each other or mutually die. The decades of diplomacy following were important

What to do? The most urgent need is to revitalise nuclear diplomacy. One priority is to defend the nuclear Non-Proliferation Treaty, which slows the spread of weapons by reassuring countries that their neighbours are not developing nukes. It was essential that Iran stayed in the treaty (unlike North Korea, which left). The danger is that, like Iran, signatories will see enrichment and reprocessing as preparation for a bomb of their own—leading their neighbours to enrich in turn. That calls for a collective effort to discourage enrichment and reprocessing, and for America to shore up its allies’ confidence.

You don’t have to like the other side to get things done. Arms control became a vital part of Soviet-American relations. So it could between China and America, and between America and Putin’s Russia. Foes such as India and Pakistan can foster stability simply by talking. The worst time to get to know your adversary is during a stand-off.

Of course this is the obvious. But of course we have to look at the sterling example being set by the UN security council permanent members.

The chilling of relations between America and Russia over Ukraine has resulted in cooperation on nuclear security measures being suspended, while promised follow-on measures relating to New START have been quietly abandoned. Vladimir Putin, Mr Medvedev’s predecessor and successor, takes every opportunity to laud his country’s nuclear prowess, and is committing a third of Russia’s booming military budget to bolstering it.

It is not the only power investing in its nukes (see table). America is embarking on a $348-billion decade-long modernisation programme. Britain is about to commit to modernising its forces, as well, while France is halfway through the process. China is investing heavily in a second-strike capability. In short, there has been no attempt to reduce the role of nuclear weapons in the military and security doctrines of the five permanent members of the UN Security Council, despite their commitments under the NPT. An initiative aimed at making nuclear weapons illegal under international humanitarian law, backed by over 150 NPT signatory countries, has attracted little to no support from the weapons states and only lip service from countries which welcome America’s nuclear protection.

Perhaps having NZ on the security council might be useful. Perhaps we could once again tell those idiot states, especially the US,  to lead by example. 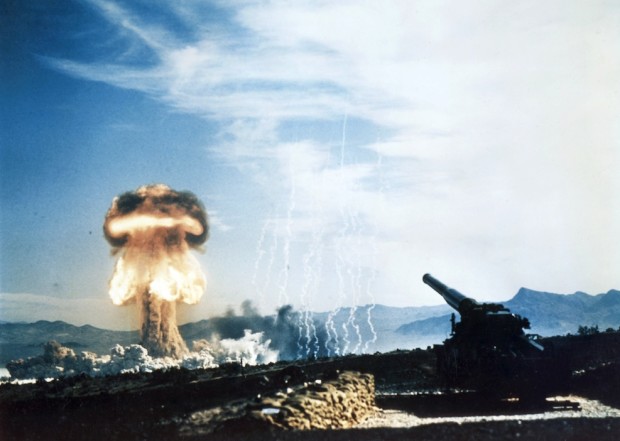