How much can a single person affect Earth’s changing climate? According to researchers in the United States and Germany, 3 square meters of summer sea ice disappear in the Arctic for every metric ton of carbon dioxide (CO2) that a person directly or indirectly produces.

How can one person produce 1 metric ton of CO2? That’s about a roundtrip flight from New York to Europe per passenger. Or, a 4,000-kilometer car ride.

Researchers Dirk Notz and Julienne Stroeve hope the findings offer the public a better grasp of their individual contribution to global climate change.

The rapid retreat of Arctic sea ice is one of the most direct indicators of ongoing climate change on our planet. Over the past forty years, the Arctic’s summer ice cover has shrunk by more than half. Climate model simulations predict that the remaining half might be gone by mid-century unless greenhouse gas emissions are reduced rapidly.

Does it matter if the Arctic melts?

Arctic scientists have warned that the increasingly rapid melting of the ice cap risks triggering 19 “tipping points” in the region that could have catastrophic consequences around the globe.

The Arctic Resilience Report found that the effects of Arctic warming could be felt as far away as the Indian Ocean, in a stark warning that changes in the region could cause uncontrollable climate change at a global level.

A quick google (PDF) tells me the average distance driven in NZ is 10,000 km per person per year. It’s worse when we take tourism into consideration. So that means restructuring the economy. But in the meantime, because we have to anyway, to have any chance of preventing the worst of AGW, let’s stop driving so much. We don’t have to stop completely immediately, so please don’t let the headline distract us from what we can do. We can make the connections between our lives and the global climate and we can remember that this isn’t the future where we all have electric cars and wind farms on the hills. This is happening as we type. Whatever else we do going forward, we have to change what we are doing now.

So, what are we going to do? We can figure out what each of us, our families, our workplaces can do now, and then figure out how we can change our lives so that others can drive less too. Then we can do it, and tell others about it.

How about we don’t argue the maths and instead argue how to change? Better yet, let’s look at what the benefits are to driving less and having a society that is based on not driving so much and use that to motivate us to do the right things. We get to save the world and make our lives better at the same time. 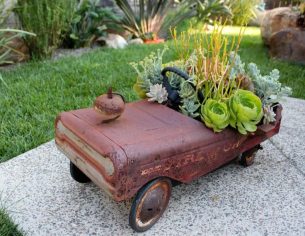