I have collected up the available documentation on the men killed in the forest since 2008. I am going to try, using the documents I have, to tell their story – one at a time. I haven’t been able to contact all the families of these men and hope if any of them read them, they are not surprised or upset to see the details set out like this.

The first blog was on Michael Stevens and printed two weeks ago.

When the CTU was planning its Workers Memorial Day Service for forestry families this year I received a disconcerting phone call. The women on the phone claimed to be the widow of a Forestry worker killed in 2009 and she very much wanted to come to the service. My dilemma was that I had all the names of those killed in 2009 – all four of them – and her husband wasn’t on the list. Shane Frater was number five and although his death had been investigated, the report had never been lodged and his death was not included in the statistics. It was unclear what follow-up there had been to the seven recommendations in the DOL investigation report into his death. If Deborah McMillan hadn’t heard about the memorial and contacted me as she did, the death of Shane Frater would still be lost in the depths of some DOL regional office!

Shane was killed in Te Awahohonu Forest in Napier. He was 28 years old. He worked for C&R Logging Limited and was working in a Rayonier Forest. The weather was damp with low cloud and 9 degrees.
Shane left home at 5am on the day he was killed arriving at work at 6.40am. He was expected home at about 7pm that night regularly working 50-60 hours per week. The day he was killed was a Friday. His crew were producing approximately 260 tons of wood per day.

He and another worker were working below the yarder (machine used to haul logs to a landing) hooking up scattered logs and heads (a section of broken log that may be merchantable) as they slowly proceeded down-hill to where the work had finished the previous day. The site was on a 33 degree slope.

The two men had a RT radio and “talkie tooter” (a device that allows the breaker out to signal the yarder using a combination of toots and or voice commands) each and were in contact with the yarder operator. Working the two “tooters” in close proximity of each other caused static so they decided to turn one set off.
Shane was in control of the signaling.

They completed approximately four drags (a number of logs hauled from the stump to the landing in a cycle) with Shane signaling the yarder, and they were approximately 75 meters below the yarder when they saw a large broken head become snagged in the tail rope (a rope used to return to the breaking out point, the main rope which is used to pull the drags in the cable logging system from the stump to the landing) approximately 45 meters up-hill from their positions, as it lifted into the air on the rigging return phase. Shane immediately signaled the yarder to drop the tail rope in an attempt to dislodge the debris. The broken head was seen to travel down the tail rope gaining speed quickly, and as the tail rope dropped, the broken head flew toward the two men narrowly missing one and hitting Shane in the head and killing him.

The DOL investigation found that it is common for debris to be picked up when working ropes are tensioned and that dropping the lines as was done is a safe solution. It found both workers were standing 4.3 meters to close to the working ropes during this process. It noted that it has been the industry norm for many years to be ‘sorry after the fact’ but no one had set a safe distance for this breaking out. The ACOP had no comment on the safe distance for the outhaul stage.

The DOL made 7 recommendations in its investigation for the company to implement including identifying a head breaker out, doing a pre harvest assessment, implementing a detailed breaking out process including chain of command, recording skills audits and ensuring audits are signed and corrective actions identified, and increasing daily supervision of the operations. The report does not consider the hours of work issues and it appears no consideration was given to the terms of Shane’s employment agreement. Shane tested positive post death to marijuana use. This appears to have been the only “impairment” issue recorded.

The report by Rayonier stated that the workers may have thought they were in a safe place to plan the next drag. It noted that it had engaged with C&R logging regarding other safety incident reports and offered to make these available to the DOL on request. It noted that six near miss or contact reports had been completed by C&R logging since February that year. It is unclear if the DOL requested these reports as part of its investigation. The most recent near miss had occurred only a week before and was very similar to the incident which killed Shane – an incoming drag had dislodged a rock which then bounced down the hill. 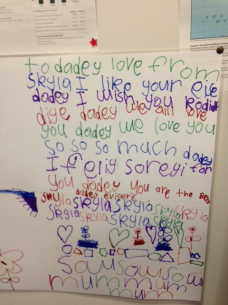 The DOL investigation noted that Shane was qualified to NZQA standards for the tasks at hand and that he was experienced. However the Rayonier report notes that the required Unit standards for a breaking out hauler were 1258, 6969, 2920 and 17771 but that Shane only had 1256, 1269, 6920 and 17772. There appears a mismatch here and it is unclear why the DOL investigator considered Shane was appropriately qualified. Unit Standard 1258 which neither of the two breaker outs had that day appears a requirement of the job and is part of the ACOP requirements. The standard is intended for the head breaker-out in a cable harvesting operation including coordinating the breaking-out process.

No Coroners hearing was held nor prosecution taken in relation to the death of Shane Frater and the logging company has since changed its trading name. Shane had a two year old baby at the time of his death. Skyla is now 6.