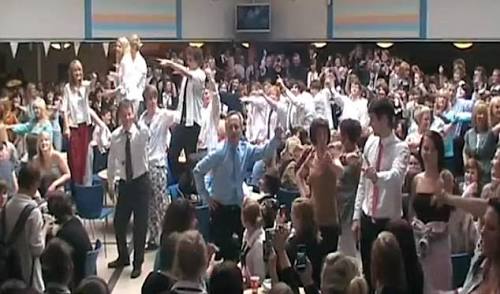 The changes being made to Government policy are being rolled out.  One that will have teachers dancing in the streets is the abolition of National Standards.

Primary school league tables will be axed, and high-school exams are in for a big shake-up as the new Labour-led Government moves to make schools focus on learning rather than assessment.

New Education Minister Chris Hipkins, in an interview with the Herald, says Primary schools will still have to report to parents on individual children’s progress against the eight levels of the curriculum, which most children cover during their 13 years at primary and secondary schools.

But National Standards, which set out levels of literacy and numeracy for Years 1 to 8, will be abolished and schools will be free to choose their own ways of assessing children’s progress.

“There are a range of tools that schools can use to do that already, but what we won’t be doing is centrally collecting that data and using it to create league tables. That is a matter between teachers and parents,” Hipkins said.

And NCEA is in for a shake.

[Hipkins] has also signalled a review of the National Certificate of Educational Achievement (NCEA) in secondary schools aimed partly at encouraging students not to enter NCEA three years in a row.

“You don’t have to do all three levels but the culture is that all kids do all three, so how do we encourage people to use the flexibility that NCEA provides? That is one of the questions,” he said.

But of course not everyone will be pleased.  Also from this article:

School Trustees Association Auckland chair Ebony-Rose Andrews said she unsure how she would know how well her two primary school-age daughters were doing without the standards.

“For me, National Standards have always been a good thing because we understand where our kids are tracking,” she said.

Only reporting against the eight curriculum levels was not enough, she said.

“One of my daughters is at level 7 in maths, and she’s 9, so how will they extend those students who go above the curriculum at school?” she asked.

I suggest that she talks to her child’s teacher.  They can give far better feedback than any figure can.

Teachers will be ecstatic at the change.  For too long they have been glorified testers and data collectors and have found that time to do the important part of their job, teaching, has been dwindling away.

The policy was a feel good policy, mixed up with impressive claims that it would provide parents with more information (who could argue against that) and interspersed with a good old dose of all competition is good for you.  But the data was flawed and the time requirements put on teachers has stopped them from teaching.

Of course the Government has been told this for years by the Teachers Unions but it has refused to accept the advice.

But new Government, new policy.  And a more constructive approach to this most important of jobs.