Outrage at suggestions that nurses, teachers, social workers, and doctors were not worthy of a pay rise this year has been swift.

Reprinted with permission from the blogsite How Melulater sees it, an important backgrounder to the impending teachers’ strike.

David Seymour has done something even more embarrassing than twerking on Dancing with the Stars.

School students are planning national protests against climate change on March 15, 2019. The response of some politicians to this news is less than optimal.

For a country the size of Melbourne, we have a ridiculously complex state, and this layer of accountablility is largely a complete waste of our taxpayer money and degrades our agency as citizens.  Can we do better?

[getty src=”493189993″ width=”496″ height=”345″] It’s great to see Chris Hipkins abolishing ‘National Standards’ as a matter of priority. This policy was nothing but an unfortunate bit of populism from the previous government, and a Prime Minister in John Key who specialised in band-aid solutions to problems that required stitches. While it may have made some people […]

Chris Hipkins has announced that significant changes will be made to testing regimes for Primary and Secondary schools.

Over the ditch the Australian Government has accused New Zealand Labour of using Parliament to undermine Barnaby Joyce.  But an analysis of the claim suggests that anyone claiming this should be regarded as being a whacka because the media was onto the claim two days before the questions were asked.

It appears that Parliamentary Services is monitoring MPs emails.  And not just for things such as spam and viruses.

Education is a public good, but tertiary education in NZ has been undermined by high student fees and debt. So it’s very encouraging to see a proposal from Labour for reducing fees (and not ruling out free education!).

My comment at The Daily Blog responding to a section of one of Martyn ‘Bomber’ Bradbury’s post got moderated out. That does rather reinforce what my comment said. So I will simply repeat it here. The political scene is a very bad place to have as sensitive ego in as Bomber has. Most people involved around the political scene will have different opinions and they usually aren’t hesitant in expressing them. It appears that young Bomber lacks the backbone to withstand that diversity without having a fit of pique.

Imperator Fish: How to win an election

Scott Yorke at Imperator Fish opines on electorate seats and inter-party relations. On the way through he identifies some strikingly bad net behaviour. Labour MPs past and present who badly need to learn to control themselves on the net just as much as Bomber does.

John Key claims Judith Collins was not guilty of conflict of interest re-her visit to Oravida in China. Grant Robertson and Chris Hipkins, in the General Debate today claimed that Peter Goodfellow met with an Oravida sponsored group of businessmen to discuss “bi-lateral collaboration.”  They claim Key also played golf with an Oravida bigwig.

National’s charter schools are predicated on the idea that the public education system is doing a bad job. They’re (over-)funded to do things differently. So its more than a little odd that He Puna Marama Trust’s charter school is simply getting local state schools to do all their teaching for them. They just clip the ticket converting taxpayers money to private profit. Ridiculous corrupt NAct policy. 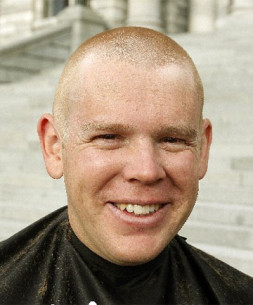 Good for the goose…?

Treasury has repeatedly proven itself incapable of forecasting its way out of a paper bag but, for some reason, that doesn’t stop it trying to tell everyone else how to do their jobs. Currently, they’re pushing for larger class sizes in the reduced education budget. Someone should ask why the education budget is under pressure but Treasury’s isn’t. Wait, someone did.

Labour’s Chris Hipkins has the inside word: On Wednesday this week, Nick Smith is going to announce what amounts to the effective privatisation of a large part of ACC. You won’t hear the word privatisation uttered from his lips, he’ll use all sorts of other words like ‘competition’ and ‘market discipline’, but privatisation it will be.

Over at Red Alert, Chris Hipkins asks what other photo-ops John Key has been flying to using Air Force helicopters. As well as the V8/Golf club dinner photo ops, Key has used the choppers three times in the past three weeks. Maybe he buzzed into his important photo-op at a Timaru skateboard park or the ‘cameo’ at the NZ Shearing Champs.

Keep it up, Chippie and co

Good on Chris Hipkins. The other day, he wrote: “National won the last election quite comfortably. Kiwis are fair minded people and will be willing to give them a fair go at the job before they pass judgment. I expect that will be reflected in the opinion polls for most of the current parliamentary term. […]

I reckon Red Alert, the Labour MPs’ blog, has been a huge success. It’s great to see MPs unscripted and it’s good for them to get the instant public reaction in the comments. It’s also a bit of a political risk. When you’re allowing instant, uncensored public reaction you can’t hide from criticism and you […]

Jacinda Ardern, former Young Labour president and political advisor, has just been elected president of the International Union of Socialist Youth – a group encompassing socialist, social democratic and Labour Party youth organisations from more than 100 countries. IUSY is a massive organisiation and holds consultative status with the United Nations. This is a huge […]