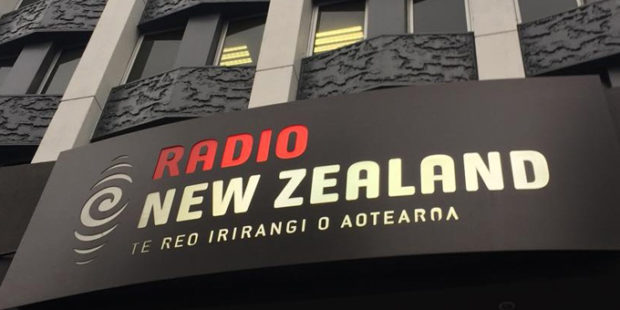 Looks like there’s a ways to go before New Zealand gets an integrated state-backed broadcaster. But the Government’s recent proposal is a big step in the right direction.

On our little platform and many others, complaints have arisen about the massive alteration to our media landscape in terms of news provision. Many including the Prime Minister have been concerned about the increase in influence of Google and other information gatherers to supplant unbiased opinion and tin incite terror. Also, with the near-collapse of TV3 and two other major players needing to merge quickly to survive, the answer from the state is that it’s long overdue time to reintegrate the public sector media that we have into something strong and clear and good for New Zealand.

The Minister commented today that “The Government must ensure New Zealanders have a strong independent public media service for decades to come, which means ensuring public media assets are fit for the future and able to thrive amid the changing media landscape.”

Efforts such as The Standard, Scoop/Werewolf, and The Daily Blog have been useful but niche alternatives to the mainstream media concerning political commentary. But they are no match for Twitter or Google or Facebook. And we don’t have a massive mostly subscriber-based leftie entity like The Guardian. As we have seen overseas, social media has the capacity to break governments with lies invented by the right wing for their interests.

“That presents risks for the future viability of New Zealand’s public broadcasting operators, RNZ and TVNZ, and the Government needs to address those risks,” Minister Faafoi said.

This government (actually the next one) will have the capacity to protect the interests of the state to ensure that society is not completely destabilised by social media replacing news content near-completely.

While RNZ has already announced the shifting of Concert FM to an automated station and the formation of a new youth-oriented station, there’s no word on potential internal shifts within TVNZ. I mean, where would you start?

Personally I’d like to see Maori Television be a part of this conversation as well. RNZ has made strong changes in Te Reo and does not apologise for it. I’d prefer strong integrated Maori content across all state platforms – but I can see why Maori Television was formed back in 2004. It now commands 1.5 million viewers. And it’s really interesting.

Again this is one of those reforms that would have been great to see evidence of before the actual election. So if you’re going to have a big idea like this one, or revolutionising transport, or housing, or anything, it’s best to have your plan together in the first year of the term not the last. If they get back in again I sure hope they have more of their shit sorted out.

Also, if the government is going to generate a mighty-powerful integrated all-platform machine and control even more of the market than ever before, it doesn’t really have a leg to stand on to oppose the merger of those media companies here who wish to merge (yes I know the Commerce Commission is independent, but the uproar will be massive if the future merger legislation carver out an anti-competitive realm as big as the Fonterra merger).

There will be big debate about implied government influence in the proposed Charter. After all, what a set of levers to get your hands on in even the most oblique form. Each party will already be thinking about the people they can stack that board with.

There’s still a lot of people who watch unadulterated TV1 and listen to RNZ as if that news was gospel truth and there’s been no platform changes to the world since the 1970s. They are senior and they vote by the truckload. No one should underestimate how annoying any change will be to a major part of the voting electorate. So I can completely see the caution with which the Cabinet is operating here.

Like the big list of housing, transport and social welfare, this is a big potential change to New Zealand society. Buckle in and join the debates to come.