The end of Roe v Wade 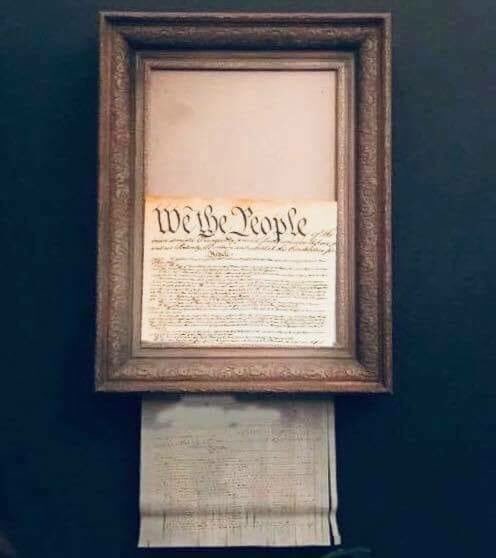 America’s status as a potentially failed republic is growing stronger.

Its justice system has lost all pretense of being an independent arbiter of the law.  The current conservative majority’s only role appears to be to engage in the culture wars that Donald Trump cherished.

If nothing else his appointing of three Supreme Court Justices, Gorsuch, Kavanaugh and Barrett will have an effect on American Jurisprudence for decades.

Politicisation of the court is nothing new.  Check out the decision in Bush v Gore which handled the 2000 Presidential Election to George W Bush if you need proof.

But the events surrounding the Court’s overturning of Roe v Wade clearly show that America has descended into banana republic territory.

The US supreme court has provisionally voted to overturn Roe v Wade, the landmark ruling that legalised abortion nationwide in America, according to a draft opinion reported on by Politico.

In what appeared to be a stunning and unprecedented leak, Politico said on Monday evening it had obtained an initial majority opinion written by Justice Samuel Alito and circulated in the court on 10 February.

Politico quoted Alito as saying: “Roe was egregiously wrong from the start. Its reasoning was exceptionally weak, and the decision has had damaging consequences. And far from bringing about a national settlement of the abortion issue, Roe and Casey have enflamed debate and deepened division.”

The justice adds: “We hold that Roe and Casey must be overruled. It is time to heed the constitution and return the issue of abortion to the people’s elected representatives.”

Four of the other Republican-appointed justices – Clarence Thomas, Neil Gorsuch, Brett Kavanaugh and Amy Coney Barrett – voted with Alito in the conference held among the justices, the article added.

The opinion strikes down Roe v Wade, the court’s 1973 ruling that enshrined the constitutional right to abortion, and a subsequent 1992 decision – Planned Parenthood v Casey – that largely upheld that right.

It should be noted that the decision has not been finalised yet.  An early draft was leaked.  The motivation and reason for the leak is being the subject of some fierce debate but the timing and the fact of the leak could suggest an attempt to lock in Justices into a decision some may have been wavering on.

The decision is a draft.  If changes are made to it this will give outsiders a really good insight into what happened to the decision.  This twitter feed by Yale Law Professor Amy Kapczynsky contains some pretty compelling logic suggesting that conservative forces leaked the draft to make sure that it would be followed.

The right are trying to blame the left for the leak and are calling it an insurrection.  Apparently some Marxist Antifa law clerk was willing to blow up their career by leaking the draft.  And a leak is way more dangerous than an armed invasion of Congress.

The event brings into sharp relief what the new Justices said during their confirmation hearings.  The Hill has the details:

Barrett, the most recent conservative justice confirmed to the court and one of three nominated by former President Trump, deflected many questions about Roe v. Wade during her hearings.

Barrett, who succeeded liberal icon Justice Ruth Bader Ginsburg on the court, repeatedly said throughout the hearings she would not answer hypotheticals or give opinion on public policy when asked about issues that pertain to abortion.

She also refused to say that Roe v. Wade was a “super precedent,” defining the term as a case that is universally accepted and that virtually no one advocates for overturning.

Gorsuch, another Trump appointee, pointedly stated in his hearing that Roe v. Wade was settled precedent and has been reaffirmed by the court more than once.

“Senator, again, I would tell you that Roe v. Wade, decided in 1973, is a precedent of the U.S. Supreme Court. It has been reaffirmed. The reliance interest considerations are important there, and all of the other factors that go into analyzing precedent have to be considered,” Gorsuch stated.

Like Barrett, Gorsuch did not classify Roe v. Wade as a super precedent but said precedent itself deserves “quite a lot” of respect and is “the starting place for a judge.”

Kavanaugh, like Gorsuch, stressed the importance of precedent when discussing Roe v. Wade and the emphasis the court has put on reaffirming the case.

“Senator, I said that it is settled as a precedent of the Supreme Court, entitled the respect under principles of stare decisis. And one of the important things to keep in mind about Roe v. Wade is that it has been reaffirmed many times over the past 45 years,” Kavanaugh, who was appointed by Trump, said.

There should be a consequence for Justices who get appointment by saying something that on the face of it is subsequently completely contradicted shortly after.  Barret managed to skirt the issue.  Gorusch and Kaganaugh clearly did not.

Presuming the final judgment upholds the draft it is easy to see that other recently won rights such as same sex marriage will also be for the chop.  America is increasingly resembling a version of the Handmaiden’s tale.