National presented a particularly glum picture in Parliament yesterday.  And it was not only the realisation that Judith Collins is out of her depth.  As I noted the real leader of the opposition right now appears to be David Seymour.  I wonder how long National will tolerate this.

Fiscally the budget ticks the fiscally prudent box.  Debt is now predicted to peak at 48% of GDP compared to a pre-budget forecast of  52.6%.

But the headline was the unwinding of the Ruthenasia reforms in 1991 which have caused so much damage in the last two decades.

Jennifer Curtain from the Public Policy Institute said this:

Finance Minister Grant Robertson opened his budget speech by taking voters old enough to remember back to 1991. This was the year Ruth Richardson’s first budget as finance minister was handed down. She described it as the “Mother of all Budgets” and it is remembered for considerable cuts and fundamental changes to social expenditure in New Zealand.

It was savage for low socioeconomic groups and set the scene for New Zealand cementing itself as a neoliberal leader. Today, many advocacy groups seeking increased social spending argue 1991 was the start of what has become intergenerational poverty and inequality.

Invoking the Mother of all Budgets – before announcing spending increases in benefits, student allowances, Māori health, housing and education, and more money for capital expenditure on hospitals and schools – allowed Grant Robertson to once again align his government with the halcyon days associated with Michael Joseph Savage’s first Labour government.

Certainly it was a budget that will warm the hearts of Labour’s base. Judging by much of the early reaction from the Greens and Māori Party, it might also appeal to those who vote for the cross-benchers. All this while emphasising the importance of ensuring debt did not reach 50 percent of GDP and being fiscally prudent.

The creator of the mother of all budgets called Robertson’s attacks a predictable cheap shot which is funny given she then said this:

Grant Robertson’s budget is overtly driven by politics and the desire to pay off Labour supporters.”

Did she make employment more attractive?  In the short term unemployment increased.  All she managed to do was tip families that were already struggling into abject poverty. 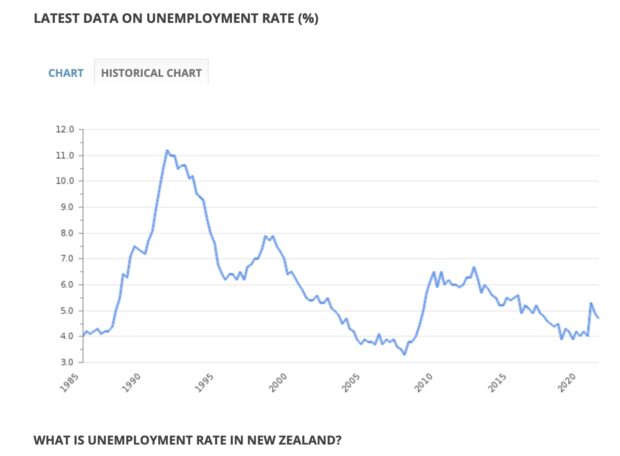 And the Employment Contracts Act which her Government passed managed to destroy wages and work conditions at the same time the benefits were being savaged.

The fifth Labour Government in my view achieved a lot of good.  But they did not have the political nerve to unwind Ruthenasia.  The Brash surge after the Orewa speech made them very risk adverse and the dynamics of coalition politics complicated matters.

Which is why yesterday was so refreshing.

Other highlights were a massive increase in rail investment and a significant spend on climate change, especially the commitment to ringfence revenue from the Emissions Trading Scheme for implementing the forthcoming Emissions Reduction Plan.

Of special note were Labour MPs proudly calling themselves socialists, at least of the social democrat type.

And my local MP got into the swing of things.

The opposition were hurling the word "socialist" across the debating chamber tonight, as if it were an insult. So what's a woman to do except proudly claim the title. https://t.co/SOVqp11Nih

All in all the only thing I would say to the Government is well done.  But I think they need to keep working in this area so that they can drive a stake through the heart of Ruthenasia.  Just to be sure.

61 comments on “The end of Ruthenasia ”