The five eyes beat up 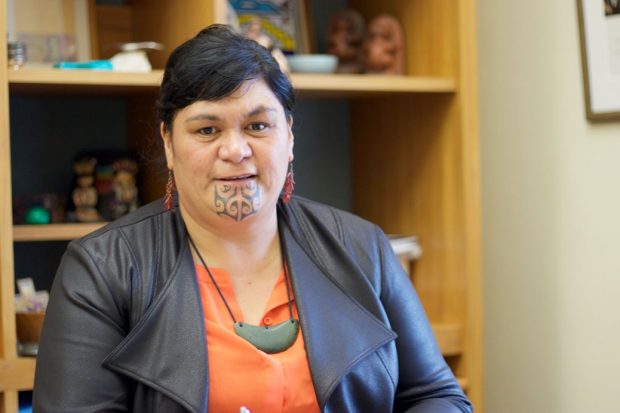 There has been a conservative sourced beat up of Aotearoa New Zealand for not using an intelligence gathering treaty grouping to publicly attack China.

This speech from Nanaia Mahuta has sparked up various levels of frenzy.  I am not sure why, they should reread the speech.  I thought it deftly and intelligently staked out for us an independent world view that was both critical of China and of current International arrangements and approaches.

I thought her Taniwha and Dragon metaphor for the two countries and the relationship was exquisite.  From her speech:

Taniwha are endemic to Aotearoa but can trace their whakapapa across the vast expanse of the Pacific Ocean – Te Moana nui a Kiwa. Taniwha are protectors or guardians, often of water, and hold dominion over rivers, seas, lands and territories. Deeply steeped in culture, they are spiritual and one with nature. They symbolise a sense of guardianship for our people and our land and a strong belief in self.

And like the Dragon, they are powerful, auspicious, and embedded in our epistemology. They have many forms, and are a symbol of leadership, prestige and strength, and are to be revered.

We are two peoples – with characteristics and symbolism unique to our respective countries.

I see the Taniwha and the Dragon as symbols of the strength of our particular customs, traditions and values, that aren’t always the same, but need to be maintained and respected.

She suggested our approach to International Relations could be based on the spirit of te Tiriti:

As set out in my inaugural speech at Waitangi this year, I believe our foreign policy settings can be enhanced by te Tiriti.

The principles of partnership, active participation and protection can be called upon to enable equity and tino rangatiratanga (self-determination). Increasingly these principles continue to shape the type of democracy Aotearoa New Zealand is becoming; confident in our bicultural foundation, and determined to pursue our interests for those who call this land home and for those who share our values of openness, transparency, democracy and the rule of law.

New Zealand’s experience means that we can advocate with certainty for the recognition and inclusion of all peoples – including indigenous people and ethnic minorities – for their participation, knowledge and economic contribution to society. We believe this can address issues of social exclusion, poverty and inequity worldwide and at home.

And she said this:

It’s my strong view that diplomacy favours dialogue. Outcomes will be stronger and more enduring if they are built through dialogue and understanding of each other’s perspectives. However diplomacy requires commitment from both the Dragon and Taniwha to respect the tikanga of engagement. And we look for a similar spirit of respect and engagement to be shown to all international friends and partners.  As a significant power, the way that China treats its partners is important for us.

International commentators have leapt in and claimed that Aotearoa New Zealand has gone soft on China.  They missed the part of Nanaia’s speech where she said this:

Matters such as human rights should be approached in a consistent, country agnostic manner. We will not ignore the severity and impact of any particular country’s actions if they conflict with our longstanding and formal commitment to universal human rights.

Sometimes we will therefore find it necessary to speak out publicly on issues, like we have on developments in Hong Kong, the treatment of Uyghurs in Xinjiang, and cyber incidents.  At times we will do this in association with others that share our views and sometimes we will act alone. In each case we make our decisions independently, informed by our values and our own assessment of New Zealand’s interests.

In our ongoing engagement with China, we will seek to extend our advocacy towards sustainable outcomes, inclusive trade, ethical investment, and social and economic inclusion.

And as Mike Smith said:

Nanaia Mahuta’s speech was themed “The Taniwha and the Dragon.” I think it is great that Aotearoa/New Zealand has decided to be clearly independent in the way we see the world, and how and with whom we will express our Tiriti values and grow our Asia-Pacific interests. We went our own way with Covid, and that should enable us  to face the rest of the 21st century with confidence.

The conservative and media response has been extraordinary.  I cannot believe that they are talking about the same speech and I really wonder if they have read it.

Idiot responses have occurred at a great pace.

Australia chose to lectured New Zealand on human rights abuses.  For a country that illegally imprisons refugees and exports to New Zealand Australians who do not have Australian citizenship that is really rich.  Calling Kiwis trash is not a way to foster good international relations.

And just because it has drastically mishandled its relationship with China does not mean that we should do the same.

UK conservative politicians chipped in.  From Latika Bourke at  Stuff:

Bob Seely, a Conservative MP, savaged the stance taken by Jacinda Ardern, saying she was “in a hell of an ethical mess.”

“A prime minister who virtue signals whilst crudely sucking up to China whilst backing out of the Five Eyes agreement, which I think is an appallingly, appallingly short-sighted thing to be doing,” he said.

Seely said Britain needed to stand instead “shoulder-to-shoulder” with Australia.

“The Australians are calling out China and they’re doing it at trade risk – we need to make sure that they do not pay an ethical price,” he said.

They need to read this part of a joint New Zealand Australian press release made last month where it was said:

“The New Zealand and Australian Governments today reiterate their grave concerns about the growing number of credible reports of severe human rights abuses against ethnic Uyghurs and other Muslim minorities in Xinjiang. In particular, there is clear evidence of severe human rights abuses that include restrictions on freedom of religion, mass surveillance, large-scale extra-judicial detentions, as well as forced labour and forced birth control, including sterilisation.

And if they had checked they would have seen that in October last year New Zealand joined 39 other nations in the UN last year expressing grave concerns about the human rights situation in Xinjiang and the recent developments in Hong Kong.

But not to be outdone Nigel Farage received prominent coverage on Newstalk ZB and the Herald to complain that New Zealand has sold its soul to China.

The Herald has reported him as saying this:

The comment was just one of numerous damning remarks made to Newstalk ZB host Heather Du Plessis-Allan today.

The comments were taken further by overseas news agencies that suggested this meant New Zealand was leaving the Five Eyes alliance.

This rhetorical nonsense is up there with the claim that Brexit will save the UK 350m GBP a week.  In other words it is utter bollocks.  Why New Zealand main stream media will go for comment to someone whose grasp of reality is so tenuous is beyond me.

For me I welcome that our country is going to work out on its own terms how to respond to issues.  And not be brow bet into following the party line by two nations whose leadership is so clearly compromised by right wing dogma.