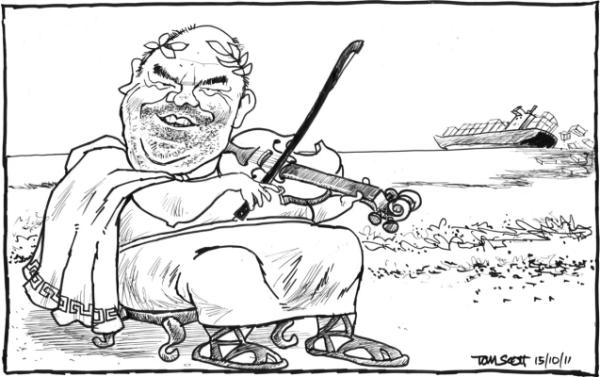 This afternoon the Government will with much fanfare release the 2017 budget.

Budget day is probably the most important day of the year for the Government. It is the day that they are able to spread the love around aka announce new spending and talk about what wonderful things they plan to do if re-elected.  The length of the post budget honeymoon is an important indicator of the Government’s popularity.

And increasing crown debt from $10 billion to $93 billion is paradoxically a good thing. Sure this was to shelter the country from the effects of the Global Financial crisis (caused by rampant greed and Wall Street merchant bankers of which our previous Prime Minister was one) and the rebuild of our second largest city hit by two earthquakes but if it was a Labour Government who increased debt in this way it would be a terrible thing.

It is clear that National is willing to morph occasionally into a Labour lite party often as long as it retains power. This means the occasional spend that can be used to claim they are doing something about child poverty and the housing crisis.

It sounds like there will be an adjustment today to tax thresholds and to working for families to provide families with more income. There will also be an increase to the accommodation supplement which will cause rental inflation. But I cannot see how an increase to take home pay can be achieved and debt levels reduced unless the increase is minuscule.

Health will no doubt receive increased funding. Although if it will be enough to properly accommodate for an ageing and increasing population time will tell.

Multi year funding increases will be announced. This makes it sound like the Government is doing a great deal.

There may even be an increase in funding for Radio New Zealand, the first one in this Government’s term.

If you want an example of what will occur National’s recent announcement of 34,000 new houses (actually 26,000 after demolished houses are taken into account) was put up to oppose Labour’s announced policy of 50,000 affordable houses. Notice the difference?

Essentially the budget will give National MPs talking points for the election campaign where they can say they are doing things for ordinary people. But the big issues, such as climate change and how we are going to deal with finding over a billion dollars a year because this administration is refusing to do anything about our CO2 and methane output, will not be addressed.

25 comments on “The Labour lite budget ”