It must be election year, because National has admitted that the market has failed, and swallowed the dead rat of state building. A useful graphic summary in The Herald (piece by Issac Davison) lets you compare National and Labour’s housing plans. See if you can work out which one is aimed at helping first-time buyers, and which is not… 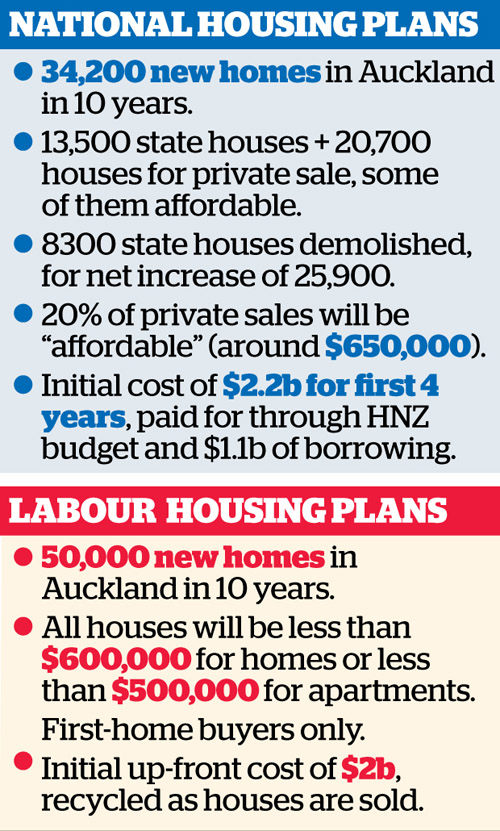 Good dissection of the numbers here by @bernardchickey

The real question is if the affordable homes will be reserved for first home buyers.

Nats promised 39k houses in Special Housing Areas – less than 2k have been built. Why should anyone have any faith they can deliver now?