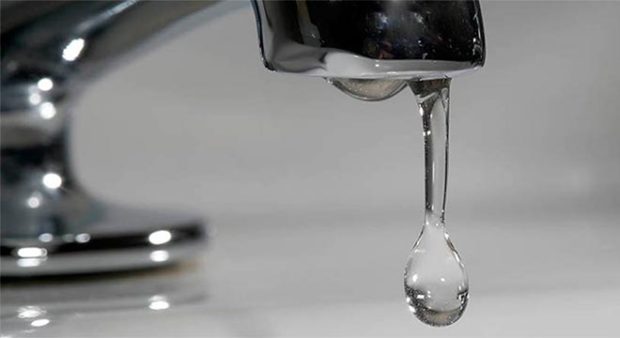 A good leak is something to behold.  The media trumpets the news that has been leaked and the leakee looks bemused and confused.  And the leaker, who knows who they are?

The media cycle is dominated by the news.  Reporters scurry around in increasingly smaller circles interviewing each other and theorising on who the leaker was and what the implications of the leaked information are.

Leaks from within your own party are always destructive.  Political division within a party is polling poison for a leader.  If you cannot run your party how can you run the country?

And the ripples caused by great leaks can go on for months.  Although if the leaked information is relatively mundane this only happens when the leakee makes an absolute mess of handling the repercussions of the lease.

Simon Bridges’s obsession with who leaked his travel expense information is a strong indicator that he is not fit to be Prime Minister.  Fancy worrying about information that was coming out anyway being leaked a couple of days early.  Surely he had better things to worry about.

Trevor Mallard originally called his bluff and announced a full review to find out who leaked the information.  The need to show that it was not Parliamentary Services or the Speaker’s own staff was clearly a consideration.

Then we had the extraordinary situation where the supposed leaker texted Bridges and Mallard as well as Tova O’Brien to say that he or she was in National’s caucus, was suffering from mental health issues and asked that the inquiry be called off.  O’Brien was scathing at Bridges’ refusal to do so.

I was sent the same text message Simon Bridges and Trevor Mallard were sent last week by the leaker of Bridges’ expenses.

It was desperate and devastating – a clear plea for help.

The inquiry was called because there was concern about a leak from within the parliamentary system – a weakness which could undermine the sanctity of the parliament and therefore our democracy.

The leaker’s message was simple, in their words:

“There is no security breach in the parliament or problem to be fixed in the system.”

They wanted the inquiry called off:

“Just say you know there is no security breach”.

They shared anecdotes from National Party caucus meetings that only National Party MPs would know in an attempt to prove that they’re an MP, and that the leak shouldn’t be dealt with at a Parliamentary level overseen by a Queen’s Counsel or High Court judge.

This is a National Party issue that should be dealt with by the National Party. As the Speaker just made clear by calling off the inquiry.

Bridges should have got in before Trevor Mallard and requested the inquiry be called off himself.

Having received that same text as Simon Bridges I was surprised that he not only chose to push on with the witch hunt, but suggested the person should be named and even called into question whether the message was genuine.

Mallard calling off the inquiry was the rational and humane thing to do.  This was an internal National Party issue and for them to sort out.  Bridges could have done the same.  But he refused to and then engaged in what can only be described as a witch hunt, spending hundreds of thousands of dollars on an inquiry into a 3 day premature leak of information.

National then tried to suggest that Mallard and Labour were still possibilities mainly on the basis that Bridges thought, using his magical prosecutorial skills, that Mallard was guilty of being the leaker.

Bridges denied the story.  Of course he would do that.

Mallard’s response is interesting.  It has just been revealed that he set up a further inquiry to ensure that Parliamentary Services was not responsible for the leak, thereby shutting down the one possible conclusion that would not leave National with egg all over its face.

From Tova O’Brien at Newshub:

The net appears to be closing in on the National Party as the likely source of the leak of Simon Bridges’ expenses to Newshub.

Newshub can reveal Parliament’s Speaker ordered his own inquiry into the leaking of Mr Bridges’ expenses to clear himself and his staff.

Speaker Trevor Mallard confirmed an IT expert and employment lawyer were brought in to forensically go through phone records, email records and printing activity of about 20 parliamentary staff, including Mr Mallard himself.

“On the basis of this independent review there is no evidence that staff in the Office of the Speaker, Mr Speaker or Parliamentary Service finance and corporate staff released details of this quarterly expense disclosure report to any unauthorised parties.”

Parliamentary Staff in National MPs’ offices, including staff in the National leader’s office and in Deputy Speaker Anne Tolley’s office, were excluded from the investigation.

The timing is exquisite.  The results of National’s inquiry are due to be released soon.  This will only increase pressure on National and heighten interest in the story.

There only appear to be four possible conclusions and none of them are very palatable for National.

No matter what historians in the future will look back and wonder what all the fuss was about.  And it may be that they will conclude that this was the beginning of the end of the reign of Simon Bridges as National leader.

Every Labour insider I talk to wants Bridges to stay. Their only fear is he will be rolled too soon. https://t.co/UIr9GRDCQC

37 comments on “The leak inquiries ”