The new successful revolution we are seeing 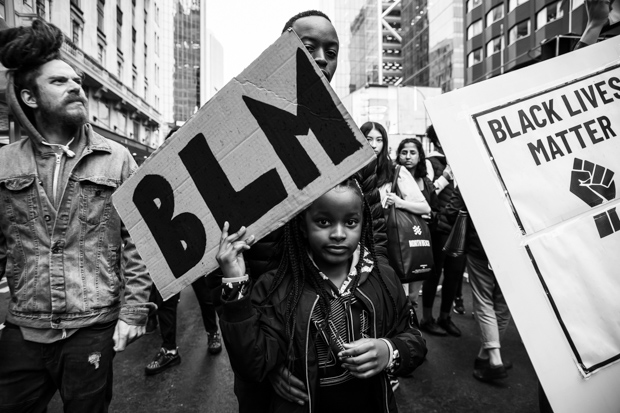 While many expect logic to prevail and capitalism to overcome, a really successful and very modern revolution has already started in just the last few weeks.

It’s not the revolution we expected. It’s morphing, and its changes are unpredictable.

It’s not climate change. It’s Black Lives Matter, and the reaction to the death by Police of George Floyd just a few weeks ago.

Excellent agit-prop art on the way.

Could anyone imagine that the idea of the modern Police force in the United States would be put in question? Or even that a major city would vote to defund it?

This revolution has started the previously unthinkable, deep questioning about how crime and order and justice is actually organised. That’s not going to go away, whomever becomes the next U.S. president.

Could anyone imagine that President Trump would have to engage hard with history, deep into history?

We haven’t had a decent challenge to the way history itself is valued in a long time. The idea of statues about people is up for grabs – literally.

Two monuments to order: the Police, and our elders. That’s a revolution in progress.

And now for the billionaires, the tech billionaires who now rule our every identity-breath, value-expression, and transaction.

Facebook have reacted to massive advertiser pressure from major advertiser corporates and will now tag all harmful political posts.

Those corporates were reacting to pressure from Black Lives Matter protesters.

That prick Zuckerberg had resisted doing anything of note after our own massacre of our Muslim community.

This is also the guy who justified at length keeping President Trump’s inflammatory comments about the George Floyd protests up.

We looked very closely at the post that discussed the protests in Minnesota to evaluate whether it violated our policies. Although the post had a troubling historical reference, we decided to leave it up because the National Guard references meant we read it as a warning without state action, and we think people need to know if the government is planning to deploy force. Our policy around incitement of violence allows discussion around state use of force, although I think today’s situation raises important questions about what potential limits of that discussion should be.”

Unlike Twitter, we do not have a policy of a warning of posts that may incite violence because we believe that if a post incites violence, it should be removed regardless of whether it is newsworthy, even if it comes from a politician.”

Then came Black Lives Matter organising on the energy of the death of George Floyd, hitting those corporates hard, and look what happened. Zuckerberg said two days ago that Facebook would remove content – even from politicians – if it determines that it incites violence or suppresses voting.

Shares of Facebook and Twitter both fell more than 7% straight after that decision.
Tempting to project what that 7% value fall represents of the shareholders.

The President of the United States and the most powerful corporate leader in the world are bending to the revolution of Black Lives Matter.

55 comments on “The new successful revolution we are seeing ”