Here’s a challenge that might be new to you.

It’s a an attempt to draw the world’s superest super hero:

The rules are simple:

In today’s battle the Taste Burglar has just been edged out by Betty Luke. 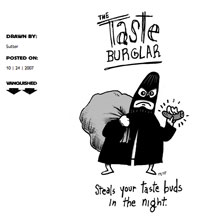 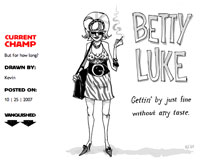