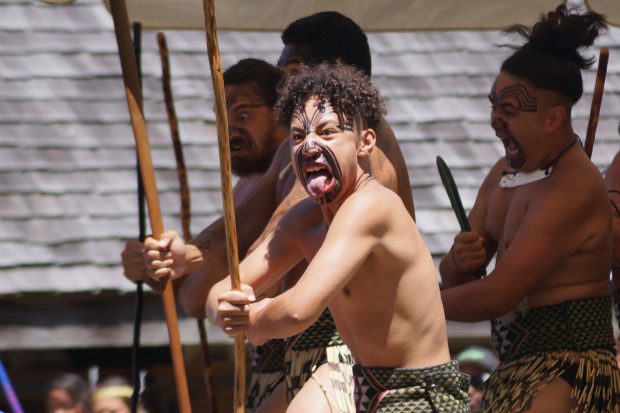 If you only have the media coverage to go by, you could be forgiven for thinking that the Waitangi Day celebrations at Waitangi are like a cross between the Trojan War and playtime at your local crèche.

Protesters clash with politicians, locals clash with the media, and Maori in general are blamed for ruining “our national day”. Waitangi Day is described as an “embarrassment”, as “cringe”, as “a shambles” and there are perennial suggestions for an alternate national day where we can all celebrate being one people with sunshine, happiness, butterflies and unicorns…

Even worse – politicians almost universally use Waitangi to try to score easy points with whichever group of potential voters, usually rednecks, they are targeting in any given year without a care for what it does to race relations overall as a consequence.

Social media goes crazy, bloggers get up in arms and Stuff commenters have a field day, mostly from a position of ignorance – and here’s the thing – I include myself in that albeit from a namby pamby pinko commie pakeha middle class liberal perspective on it!

Because, just like most of the other people who mouth off, despite having spent 40 Waitangi Days in New Zealand before this one, before yesterday I had never been to Waitangi on the 6th of February.

How could I possibly comment on any of it without having experienced it myself to know at least a tiny sliver of what I was talking about?

When I told some of my friends that I was going I got predictable enough responses… “Have you got $10,000 in case they think you’re media?” was one, but mostly people just looked at me like I was crazy. They didn’t say “what are you doing that for?” but I could tell they were thinking it…

But despite that, my partner and I set the alarm for 6am, jumped in the car and drove up from our home in Auckland.

And what we found when we arrived there bore absolutely no resemblance to what you see in the newspaper or on TV.

We arrived just before 10:30, paid $10 (not $10,000) to park at a nearby motel, and made straight for the beach, where a number of waka were setting out across the bay towards Russell. 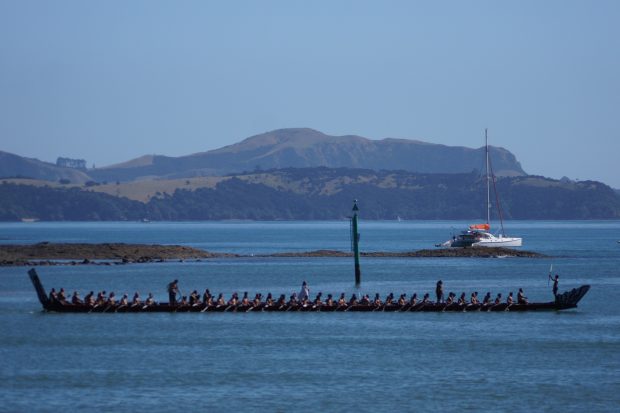 Down by the infamous Te Tii Marae there was a large market with stalls selling all sorts of crafts as well as politics from various parties while streams of people of all ages and skin colours swarmed together over the bridge towards the Treaty Grounds, some carrying Tino Rangatiratanga and United Tribes flags as they went. 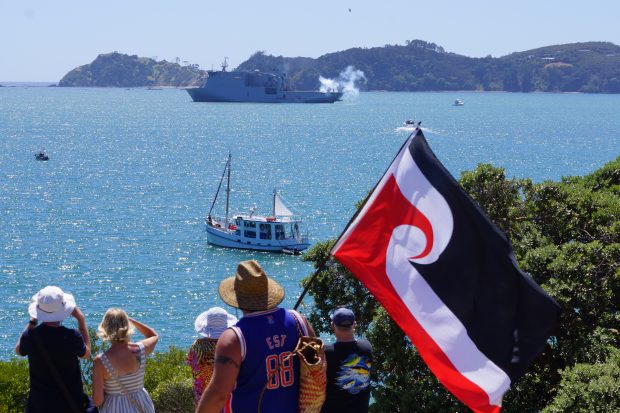 After a quick look through the lower market we joined the hoards and up to the massive market on the opposite side of the bridge. Here, we found so much amazing looking food to sample it was impossible to choose what to stuff our faces with first. There were also lots more stalls selling crafts, clothing and various health agencies promoting things like mental health awareness, breast cancer screening, and much, much more.

Then we made our way up through the Whare Waka to watch the Royal New Zealand Navy marching band lead a guard of honour onto the Treaty Grounds ahead of a very moving 21 gun salute from the HMS Canterbury moored out in the bay. 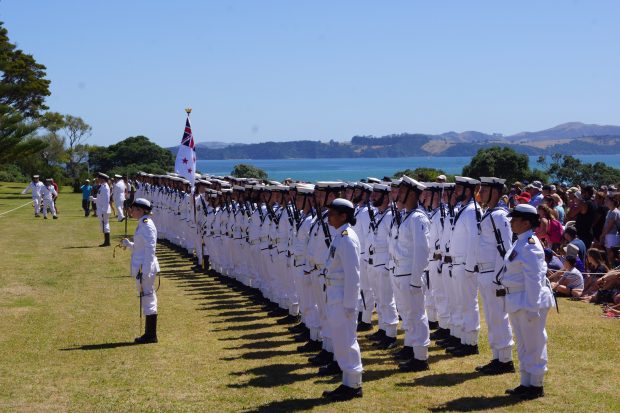 It was about this time that the heat of the day was getting a little bit much and we were feeling like sampling the watermelon and ice-cream delicacies that so many other people were cooling off with, so we headed back down to the market to get some. It was then that we ran into some trouble…

As we wandered back up the hill we suddenly found ourselves surrounded by a large group of angry protesters! We had accidentally joined a march complete with flags, banners and chanting. We thought it would be impolite to ask what we were marching about so we just went with it – assuming they were airing some Treaty grievance that we would probably agree with, we joined in yelling “STAND UP FIGHT BACK!” and singing ‘Purea Nei’ in between mouthfuls of watermelon…

Then, when we marched onto the treaty ground, the crew up the front did a 180 degree turn and we finally got to read the leading banner – it was a protest against the drug P! I have to admit we were slightly disappointed, even though it’s still a worthy cause even if I do question whether the drug itself would have been listening to our waiata and chants and seeing the error of its ways… 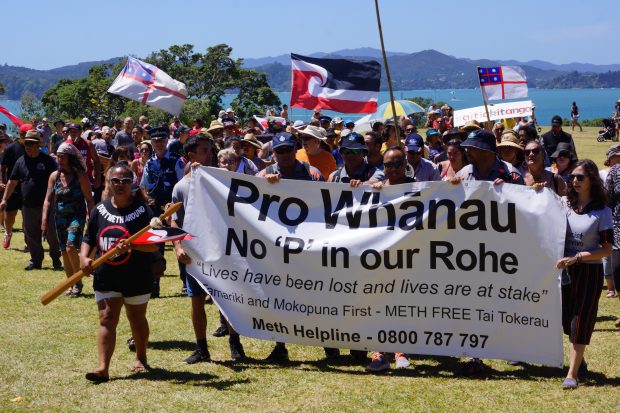 By the time we decided, at around 3pm, that we should probably hit the road we had seen lots of spine tingling kapa haka, listened to a Kaitaia trio called ‘Soul Sisters’ sing some awesome disco tunes, enjoyed some hip hop dancing, and eaten the best wild game sausage I’ve ever tasted.

All I saw was Maori and Pakeha alike just enjoying a sunny day and celebrating the signing of the founding document of our country.

I think Waitangi Day IS a day when we can all celebrate being one people with sunshine, happiness, butterflies and unicorns… Or it can be a day when you sit at home and watch movies on Netflix. Or, if you’re determined to make it all about who insulted who at Te Tii Marae on the day before, clearly you can do that too.

Like most things in life, it is what you make it.

26 comments on “The Waitangi Experience ”