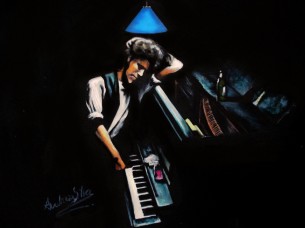 As usual the electoral commission forces us to shutdown for these good reasons (actually  I don’t know them – but Clare Curren does and offers this verbose explanation) .

There will be no new posts from 2359 hours tonight and we will resume   discussing the election results and coalition arrangements after the close of the polls at 1900 tomorrow. You now have a few minutes.

It has been a wild ride for the last couple of months. We went from our winter slump of about 310k page views for September to 540k page views over the last 30 days. To give you an idea of our growth, in November 2008 at the last election we reached 216k page views.

We passed 9000 posts today some time and the comments now amount to 349k with the spam and troll comments steadily diminishing. The rate at which people read our posts and comment on them is just astounding.

I suspect that right now we’re now easily the consistently largest independent political blog site in New Zealand that isn’t part of the media networks. Most of that comes from you, our readers, bitching and moaning and even occasionally supporting what the authors say. The authors arguing their corner and often being a commentator on others posts. Our guest posters from the thoroughly controversial and ribald Queen of Thorns to the academic tomes of others leaven up the mix of the 30 or so people who just have a login to pretty much write what they want*.

This interactivity and feedback is the crucial feature of this blog and of the whole “social media” cultures and has been since I first starting playing with them nearly 30 years ago. It is something that most of the traditional media and politicians still really don’t have any real idea about how to handle.

Oh and somewhere there is an election. That tends to be less of an issue to me than keeping the servers running and debates* flourishing.

But vote because otherwise you’re to blame for whoever and whatever happens. So do something more active than arguing here. Go out into the world and cast a ballot. As you do so cast a thought for the protesters, activists, soldiers, judges, police and even the occasional far-sighted politician who risked life, limb, reputation, imprisonment, and impoverishment to give you the opportunity. The many people from the electoral commission workers to the party activists who will come around urging people to vote are part of it. The right and ability to vote is important – just look at those who make it possible.

* There are limits – I’ll tell you what they are after I see them violated in the meantime read the policy.