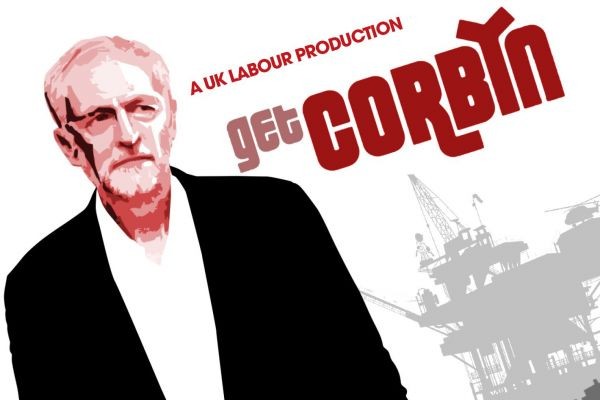 The past week has seen some of the most inept political manoeuvring I have ever seen from a left wing party, and believe me I have seen a lot …

Following the Brexit vote the Conservatives and David Cameron should have been pilloried by the forces that be for even risking a vote on such a subject when the stakes were so high. With Cameron falling on his sword, Boris Johnson faltering and a bunch of no name potential successors lining up and with Nigel Farage approaching peak dickhead status things looked good for Labour to impress voters and stake out a position for being an alternative Government.

Instead most of the caucus went rabid.  As Mike Smith has pointed out it seems clear that the plan was premeditated and pre-planned.  Clearly some are willing to sacrifice the government benches for the more important goal of stopping a genuine left winger from being Prime Minister.  Solidarity forever.

Some of the best analysis has come from the blogs.  The Canary in the UK has become for me a must read and if you want a local passionate dissection of what is happening then you cannot go past John Palethorpe’s Shinbone Star.

John summarises events leading up to the mass resignation of Labour MPs from the Shadow Cabinet as follows:

Over the next 48 hours a succession of Shadow Cabinet members, junior ministers and secretaries tendered their resignations. Andy Burnham, notably, refused to resign on the grounds that he never shown disloyalty to a leader and he was not about to start. When questioned, the resigning MPs insisted that there was no coordination and it was a matter of personal choice. This clashed starkly with reports from a fortnight before about the plan to remove Corbyn regardless of the result of the EU Referendum.

The reasons for resignation were curiously similar. Corbyn’s lacklustre campaigning, his leadership style, his ability to connect with voters and, in one case, his lack of experience regarding the upcoming Brexit negotiations. It would be fascinating to know who has that experience, given all parties appear to be panic stricken at the prospect. All of them called for him to resign, to step down. For the good of the party.

Along with Enzo Giordani he also blogs superbly about soccer.  Both sites deserve bookmarking.

As to one well every recent opportunity that the British Electorate has had to express its views of Labour have been actually quite positive for Labour, despite the unrelenting negative media narrative that Labour is doomed under Corbyn’s leadership.  For instance (thanks Canary):

As to the second justification clearly Corbyn fails the being a member of the in crowd of the political media bubble and being able to play political games test.  Such failure should not rule him out of contention however.  Being a successful bubble game player should not guarantee anything.

The media, including the Guardian, has been especially negative.  But maybe they should review their membership of the bubble.

Jim Parker describes the political media bubble phenomenon as the cult of the savvy.

This is the practice of journalists reporting from inside the system to others like them. The viewpoint and mindset are that of political operatives, judging each day’s developments in terms of who won and who lost the news cycle.

“Promoting journalists as insiders in front of the outsiders, the viewers, the electorate…. this is a clue to what’s broken about political coverage in the US and Australia,” Rosen has written. “Things are out of alignment. Journalists are identifying with the wrong people. Therefore the kind of work they are doing is not as useful as we need it to be.”

Journalists have become inward looking and disconnected from the electorate for a few reasons. One is economic. Thanks to newsroom cutbacks due to declining media revenues, there are few specialists anymore. Where formerly there might have been a health reporter, whose job it was to track health policy, or a technology reporter, who was across broadband issues, there are now only generalists. Few newsrooms have the resources to look at issues as they might affect voters, so the focus becomes the race itself, politics as a process.

The second reason, and one well canvassed, is the rise of social media, the continuous news cycle and the appropriation of new communication technologies by politicians and their staffers. Stories that might formerly have developed over two or three days now can be born, live and die within two or three hours. Journalists try to keep up, but the more they chase the noise, the less time they have to find the signal.

If you want to think about local examples then Paddy Gower is clearly a member of the insider club, connecting with the social elites and trying to be the news.  By comparison John Campbell with his practice of reaching out to ordinary people and his habit of letting them tell their story is the total antithesis of the usual approach.  We need more reporters like John Campbell.

Parker then describes clearly the superficiality of media analysis of public opinion.

Everyone talks condescendingly about what the “ordinary voters” are thinking, or worse, “the punters”. No-one ever asks them directly. We hear constantly about how political parties have become scientific about picking up phrases uttered in focus groups and then cynically layering them into their communication as if this is somehow admirable.

It’s this insider mentality, this culture of a narrow group of elite opinion makers talking among themselves, that was so dramatically given the middle finger by Britons in their recent referendum on whether to stay in the European Union, irrespective of the rights and wrongs of the Brexit.

If you recall, the late polls in that case were suggesting a reasonably comfortable victory for the remain camp. Indeed, even as the counting began, the exit camp was ready to concede defeat. Then, as the trend reversed, the talking heads had to change their prepared scripts.

I am not advancing the case that Corbyn has been a fantastic leader. He does lack the modern skills of messaging that have become essential in politics. His demeanour can appear reserved, unenthusiastic even. But he’s the leader elected by the Labour party membership to lead the Labour part. And with less than twelve months as leader the attempt to remove him now, by those who possess a vague Toryish born-to-rule attitude towards Labour, seems cynically opportunistic and has inadvertently threatened the very integrity of the British Labour Party.

But back to the heading of this post.  UK Labour needs to sort its stuff out.  It looks likely that it will split, wIthaca Corbyn, some loyal MPs like Dennis Skinner, the activists and the trade unions on one side and the careerists on the other side.  Given that the UK has a FPP system some sort of armageddon for the left appears to be very likely should Labour fracture.

Maybe Labour should start again and seek out future MPs like this person who will be driven by a desire to improve things for all UK residents and not by a desire to be part of the bubble.