What about those neat capital gains on housing, eh? 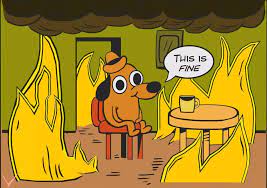 Ardern has previously declined to advocate for a drop in prices, instead describing the government’s goal as “sustained moderation”.

Speaking to RNZ for an extended end-of-year interview, Ardern said she hoped 2022 would halt the recent “runaway increases in house price growth”.

Asked directly whether she wanted prices to come back, Ardern said: “Yes”.

“We need [the market] to stop heading in the direction it is,” she said. “Even if you saw [prices] come away, in many cases it would be bringing [them] back to levels that we were at only a year or two ago.”

Ardern stressed she did not want the market to collapse.

“The reason that we cannot afford to have a housing market collapse is because, of course, this is the most significant asset that most New Zealanders have.

Once again we are reminded that the hopes of the PM mean nothing to a market off it’s leash, and that Labour can not and will not do anything that will actually cool this market:

QV operations manager Paul McCorry said he did not expect prices to keep rising so much.

“It’s a huge, a huge increase for a year. Still a very good supply of homes in Christchurch, and probably in the wider Canterbury area, I don’t think it’s sustainable into 2022 at that level, so we would expect that to reduce.”

It seems Labour is happy to let the market correct itself, hopefully when they aren’t the Government. There’s been much discussion about the Greens and their failures or lack of successes; what logical reason is there to continue to vote for Labour when they consistently fail to achieve the meaningful material change they campaign on?

Note that the QV operations manager isn’t talking about a drop in property values, just a slowing of the increase. Which is  until recently what Ardern has been saying she wants. Let that sink in – Labour have deliberately prioritised protecting the assets of the land owning class over the ability of low income to afford rent or a mortgage.

On Wednesday Turei, the Greens co-leader, put her neck out politically calling for house prices to be slashed, particularly in Auckland, where the average is knocking on $1 million.

Her party’s approach is not dissimilar from former Reserve Bank chief economist Arthur Grimes and former National and ACT leader Don Brash, who are calling for a 40 per cent drop and as much as a 60 per cent fall respectively.

Turei says she’s doing work around what a policy would look like but she’s taking a lead from initiatives, such as Auckland Council chief economist Chris Parker’s report picked up by the council to aim for house prices five times the household income by 2030.

Turei was very clear that this wouldn’t and shouldn’t be a crash. She says timing is critical, to have a long term plan. And that it’s important to not get alarmist about this. People shouldn’t get into trouble with their mortgages, hence the necessity of a plan. RNZ,

“The only way to prevent a bust, and to protect families in the short and long term is to lay out a comprehensive plan, which means using every comprehensive tool that we’ve got so that we can slowly bring down house prices so that they’re reasonable.”

Ms Turei said the government was not admitting there was a problem with housing prices, let alone putting in place a plan to deal with it to protect families.

(and that, btw, is how the Greens used to use their voice).

Interview with Guyon Espiner on RNZ is here. Housing price drop starts at 3m, including the ‘crash’ issue.

Here we are nearly a half a decade later, and the cost of housing situation is worse. We’ve had some reprieve with the housing crisis due to the international border being closed and the pressures of immigration and mass tourism having lifted.

While wages have risen, benefits haven’t in any meaningful sense. Accommodation supplement is still a mess. There’s been some good intial work done on tenancy law reform, but the gap between rentals and what low income people can afford is a still a chasm.

So please spare me a rehash of ‘Labour are building more houses’. Yes they are. Building houses for the private market fuels the market. It won’t help low income people and renters. It will make things worse for them.

Labour are doing the things they said they would. It’s not working.

The key questions here are:

Beyond that, the core issue here is one of values. Do we want housing to primarily be a financial investment or to be about homes? Do we want everyone to be have a good home that they can afford, or are we ok with some people doing without while others make shitloads of cash?

Housing is a social good and a basic right; all people should have access to secure, affordable, good quality housing

Labour don’t seem to have a set of principles, but this is from their current housing policy,

Here are some of the ways Labour is making sure everyone has a warm, dry place to call home:

The first item is about paving the way to home ownership. The second is about building more houses for the private market faster. Only then does Labour talk about public housing and renters. I have no doubt that Labour MPs want good housing for all people, but they won’t prioritise that in their policy or actions.

A more recent document makes it clear Labour are focused on:

So I guess it is a statement of values after all.

We should also, as a matter of urgency, be designing housing policy in the context of climate change and the ecological crises. Mitigation (reducing GHG emissions associated with houses from cradle to grave) and adaptation (regulate efficiency and construction with probably climate outcomes of the next 200 years).

184 comments on “What about those neat capital gains on housing, eh? ”