Where to the nation? 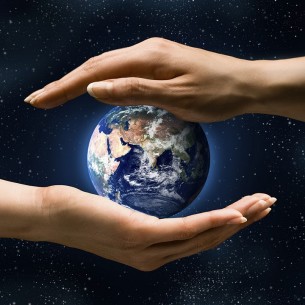 Left wing politics in New Zealand bends most of its attention and energy inwards onto the nation state. This is of course understandable because traditionally Parliament has been the prime locus of power.  But no longer; two quite distinct forces are at work to change this picture.

The first is globalisation. We are in its second major round, the first being dated roughly from about 1840 through to 1914 launched off the back of the Industrial Revolution. This second round was built off the ruinous crash of the first, but added in cheap oil and quantum mechanics – two crucial developments which have utterly transformed our relationship with the planet at every level.

This transformation has many aspects, but there is one we rarely think about. It is this; for the very first time in millions of years of human life we are now a single global civilisation. All our eggs are pretty much in this one basket. Yes there remain big power blocs and a multitude of cultural components, but for all practical purposes, trade, transport, communication and so on – we are already one planetary world. We just tend not to think of it like this because of two factors; the nation-states still dominate the political agenda, and the implementation of effective, democratically accountable global governance has eluded us. The United Nations was of course formed with the hope we might permanently transcend the political failures which had led to the horrors the world had just endured, but over the past 60 years it has only fulfilled part of that hope.

And there are of course plenty of people who look at our existing nation-state governments and conclude, not without some justification, that any kind of global governance regime could only be worse. Yet few stop to ask; if we label a nation with ineffective, or no government as a ‘failed state’ – what are we to call a global world that lacks the same?

Running counter to globalisation is another force which lacks a well-recognised label, but I’ll term cultural fractionation. Elsewhere it gets called devolution, or separatism. Humans adhere to a far greater diversity of identities and loyalties than there are nation states. They take many forms, cultural, religious, racial and so on. With rare exceptions the boundary of the nation state does not usually neatly encompass one single human identity, thus creating internal fault lines. (And given the energy expended on a so many issues these days, it seems we are busy adding more potential fault lines along class and gender lines as well.)

Cultural fractionation expresses itself just as diversely as the causes which drive it. Some explode into hot conflicts (eg Sri Lanka) where one mans freedom fighter is another’s terrorist. Others simmer as low level only to be triggered into flash violence (eg Fergusson) by specific events. Many appear quiescent for decades and stun with their viciousness when they do finally unravel (eg Yugoslavia). Some (eg Northern Ireland and Scotland) are the source of much historic conflict, only to eventually ameliorate through a democratic process. And these are just the more openly apparent forms. New Zealand itself is of course not without it’s own fault lines; class and culture being the two most prominent examples.

What they all have in common however is the desire for a part of the population to wrest a better deal off privileged hierarchies entrenched as the power elites of the nation state they are part of.

Together these two forces could be visualised as metaphorically tearing the nation state in two. In one sense the nations are bleeding power and influence to globalisation, in a space dominated by corporates and massive financial institutions answerable only to their shareholders and secluded agendas. And at the same time the very legitimacy of the nations itself is being challenged by a wide range of often conflicting human identities seeking a greater independence to determine their own path.

The debate even here at The Standard often reflects this dichotomy. Sometimes our attention is captured by the impact of globalisation, the unaccountable power of the corporates and a fatally growing inequality; and when we view the same issues through the prisms’ of our own cultural fractionation – we see something else again. And never quite succeed in generating a coherent picture or model to explain it.

This is of course an opinion piece and it leaves a great deal unsaid. It would be a conceit to pretend it is anything more. But ultimately I contend that a large part of why the left has failed to maintain traction in the face of the neo-liberal agenda is that we have abdicated the global space to the corporates to make money and thus wield real power. While at the same time the present and legitimate demands of cultural fractionation have frequently divided and weakened our energies. The left could once point to a strong thread of internationalism (Helen Clark being perhaps the last most visible proponent of it locally) – and I would argue we have let it decline at considerable cost.