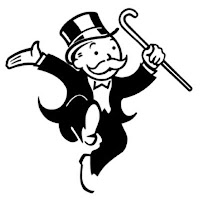 Another brutal attack on a young child and yet more hand-wringing.

“If only we could do something” people cry, as if nothing can be done and these are just random acts committed by evil people.

If only it were simply a matter of writing these people off as evil. Unfortunately, the evil these people do is very often the result of their own upbringing.

The reasons why people hurt children are complex, and it isn’t always possible to determine whether a particular initiative or intervention would have succeeded in avoiding a tragedy.

But blaming the problem on a lack of values or morals in individuals, as some have, misses the point. It remains a fact that child abuse is more likely to take place in low income families. This is perhaps the reason why rates of abuse within the Maori community are so high. What feeds much of the violence is poverty and all the problems that spring from it: unemployment, lack of education, untreated mental illness, substance abuse, and poor health.

It’s all too easy to just dismiss the problem as one of lack of morals or values. It certainly isn’t a question of religion or lack of faith, otherwise children raised in religious institutions around the world wouldn’t have for centuries been subject to systematic abuse and predation. Is it about a failure to understand right from wrong? In some cases the people committing the offences have lived with violence all their lives. They were subjected to it as children and know few other ways to deal with errant kids.

There’s no one magic bullet, but if people want to talk about a lack of values, they could start with the set of neoliberal values that saw thousands thrown onto the scrapheap and left to stew during the reforms of the 1980s and 1990s. We are still paying the price for the massive trauma caused to communities in the name of greed as our elected officials slashed and burned the state sector, causing huge unemployment and condemning many families to a generation of poverty. And who were the beneficiaries of this “necessary sacrifice”? Mostly the shareholders of those overseas companies that bought our assets for a song and then gutted their workforces in the name of efficiency and maximising profit.

But if the solution to the problem of violence against the young was simply a matter of teaching the right values, what values would we want people to adhere to? Surely as a minimum we would want people to be respectful and tolerant of others, and to show compassion towards those unable to fend for themselves.

These are values that have been sorely lacking amongst our political and business leaders for at least three decades.

If we want to talk about values, let’s start at the top. How about the values that see the CEO of Christchurch City Council awarded a massive pay rise even as ratepayers are struggling with the trauma of multiple quakes, many of them facing financial ruination. Whenever belt-tightening is called for it almost never seems to happen at the top.

If we want to reduce the impact of poverty and income inequality, then we must create a system that values and supports everyone, not just the high-flyers and the wealthy.

But what hope have we of ever coming to terms with the problems caused by poverty when we continue to shift the nation’s wealth into the hands of those who already have more than they need?