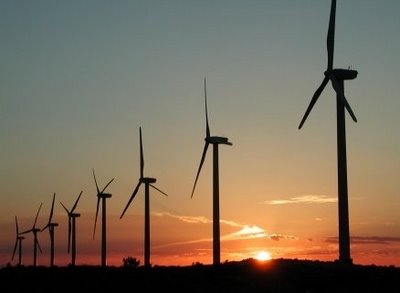 We need more mines if we are to transition to low carbon.

There’s a field of industry that National and Labour could readily agree to if they put their minds to it, and it’s one of the highest paid industries in the world: mining.

Electric cars, wind turbines and solar panels are made with a wide variety of minerals from graphite to tellurium currently only available in a few corners of the world.

Some of these minerals are not mined enough to feed a world powered without fossil fuels: lithium is the biggest ingredient for electric cars and other battery-reliant products.

One form of mining is in extraction from geothermal plants. The New Zealand government has put $15m of funding into one effort.

It’s not the dusty-trousered pick-axe brigade of old, but producing lithium from a geothermal liquid is a sound way to supply lithium battery demands for electric vehicles as well as low carbon electricity from geothermal.

Dominion Salt hasn’t yet pushed to extract lithium from its salt evaporation facility, but it has taken the step of a Tesla powerpack to push it along.

Both National and Labour could easily agree that generating more and stronger local business is both good for local wealth circulation and growth, and also good for local resilience in the face of more global shock events to our supply chain. There are no signs that the international trade stability of the early 2000s is ever coming back.

For four decades following the prior international shock of World War 2, New Zealand saw many new factories producing goods like fork lift trucks, water jet engines, forage harvesters, Axminster carpets, wallpaper, aluminium sheet and foil, wood screws, glucose, dextrose, instant coffee, and of course fuel in the form of CNG and ammonia. It didn’t all work, but where markets fail the nation must sustain its people, and right now international trade is in serious trouble.

Of course innovation moves on and many new Teslas have batteries without nickel or cobalt, so we are still in a high change wave of decarbonised innovation that will last for years.

A particular problem is the life of wind farms, from which much is expected in future years in offshore mega-farms. At the moment about 95% of the components required to make a wind farm – outside of materials required to make the connecting roads – are imported.

The issue is that wind turbines only last at best 25 years. And New Zealand makes almost none of the components here. Every breakdown requires months of shipping to repair. The new blades are 55-75 metres long so they can’t be flown in.

New Zealand trades on its untouched landscapes and the Green Party have proposed banning all mining on the conservation estate and proposed a law to specify that.

That is, it ensures that New Zealand will never be able to form its own renewable minerals to form the components that could make our own carbon neutral energy production and transport.

It will likely be up to the next government to determine whether mining remains a feasible activity. We prefer to offshore our conscience rather than face the balance of needs that onshore mining and componentry forces upon us. It’s a bankrupt position on multiple fronts.

It is certainly a dilemma to mine in otherwise untouched landscapes to reduce greenhouse gases, only to create new pollution problems from a sector that by its nature carries the risk of environmental hazards. Our national track record on good mining practices isn’t historically great.

In the United States, President Biden’s Inflation Reduction Act has accelerated this debate with the need for domestically produced or processed minerals has become a concrete requirement. This law tied a US$7,500 tax credit for buying an electric car to the origins of the vehicles’ parts: the US or a country with a US Free Trade Agreement, and not a single part made in China or Russia. You can thank the West Virginia Senator Joe Manchin for this specific requirement.

Imagine if all the lithium for all the car batteries or bus or train batteries sold here had to come from Lake Grassmere. Finally, resilience.

That US law also gave a 10% tax break to anyone digging up rocks for green tech manufacturers. The Pentagon got US$500 million for mining. Imagine NZDF getting money to procure all aluminium parts here.

Any good miner will start at $80k here, and an A Grade tunneller can just ask for what he (it’s a 99% male job) wants and remain very, very globally in demand.

We would likely have the same contests about the reality that delicate ecosystems and native peoples will react very badly unless they are cut in on the deal. In Nevada, two large lithium projects are in trouble about endangered species, water use, and indigenous rights.

A broader mining boom even with the most green of national policy intention would see these conflicts play out on a national scale. The state-practised instrument to assuage Maori concerns for resource allocation be it air rights, broadcast rights, fish, health, or water, is to simply cut them into the deal. Everyone wins.

A typical example of this resource potential is found in the West Coast lands review where minerals such as nickel, cobalt, lithium and rare earth elements have already been assessed by GNS Science, and yes much of that potential lies in the conservation estate. There’s not much excuse for coal mining anywhere in New Zealand anymore. The Meremere Power Station fired by an enormous pulley system straight to coal mines in the swamps of the North Waikato is a sepia-tinted memory. And there’s too many dead men in coal mines to ever make it worthwhile again.

We sold off the Marsden Point oil refinery long ago, and now it’s closed down. Every litre is important and we are more reliant on it than ever. We need to turn the national conversation to what happens when we close down the use of petrol and diesel altogether: within a decade there will be few companies still making those engines, so what will we do then when all our electric car batteries need replacing?

How many mines will New Zealand need for the climate?

Well Benchmark Minerals did a study and found for all those electric vehicles and storage batteries with today as a standpoint, the global answer is 336 new mines by 2035.

Who knows maybe Cobalt can be finessed out of the picture.

But the New Zealand course is clear: we are supposed to be 100% carbon neutral by 2050.

We need the power and the parts to do this and we don’t currently have it. In part because we don’t have the minerals and components to make the stuff that will get us there.

There are some public funds available for proposals.

The boom in wind componentry is already requiring some regions to gear up fast. Currently there’s little direct local benefit – other than in aggregate to NZSuperFund.