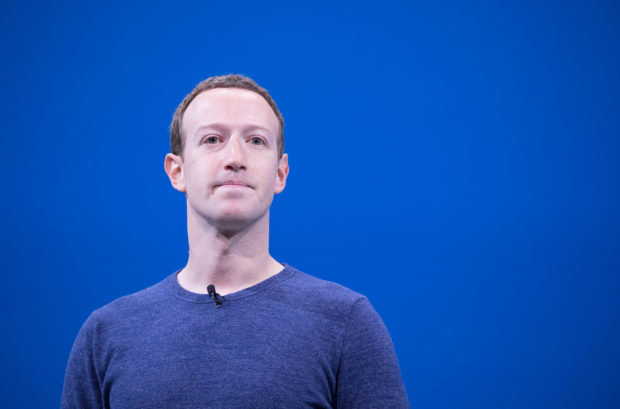 So we have just witnessed round one of Facebook v Australia.

It is not that often that I agree, or at least don’t violent disagree, with the actions of the Scomo led Australian Government.  But on this particular issue they are right, Facebook is getting a free ride using media postings to profit and the media is suffering because of this.  I suspect that the Murdoch Press may be in the Government’s ear and the protection of Murdoch’s bottom line may be a consideration.

For a while the Australian Federal Government has been proposing legislation requiring Facebook and Google to compensate Australian media interests for posting links to local media stories.  Users posting media links is a lucrative part of the Facebook business model.  Facebook profits, the media entity does not unless users click through.

Facebook has replied by giving the Australian Government the middle finger.

The stoush has been brewing for a while.  Just under a month ago the Guardian reported the Australian Government position in this way:

[Federal Treasurer] Josh Frydenberg has warned the internet giants it is “inevitable” they will pay for news content and their threats to shut down core functions in Australia do them a “big disservice”.

At a doorstop on Sunday, the treasurer said the Morrison’s government intended to become a “world leader” in regulating social media and search companies, who he accused of shifting the goalposts in their opposition to the proposed bargaining code of conduct.

Google and Facebook are both fighting against legislation currently before the parliament that would force them to enter into negotiations with news media companies for payment for content, with an arbiter to ultimately decide the payment amount if no agreement can be reached.

On Friday, the pair escalated the dispute by threatening to remove the Google search engine from Australia and Facebook to remove news from the Facebook feeds of all Australian users.

Earlier Facebook had asked for more time so that it could negotiate with individual companies, also known as divide and rule.

Facebook has asked the Australian government to consider giving digital platforms a six-month grace period to make deals with news outlets to pay for content before hitting companies with the “big stick” of the news media bargaining code.

Facebook argued instead, companies subject to the code which would require them to negotiate payments with news media companies for their content, should be given time to make deals separately before the code takes effect.

“Given our success in reaching commercial agreements in other jurisdictions without the threat of regulation, we are optimistic that Facebook could reach commercial deals with major Australian publishers,” Facebook said in its submission.

“One possible way to allow this to happen would be to institute a grace period where digital platforms are given assurances they will not be designated (or subject to the threat of penalties or damages) if they enter into satisfactory commercial agreements with major news organisations within a reasonable period of time (say, six months).

And unfortunately Facebook had some pretty highly principled support. from none other than the inventor of the world wide web, Tim Berners-Lee. Again from the Guardian:

The inventor of the world wide web says proposed Australian media laws requiring tech giants Google and Facebook to pay for displaying news content risks setting a precedent that “could make the web unworkable around the world”.

Tim Berners-Lee, who invented the world wide web in 1989, said the draft legislation “risks breaching a fundamental principle of the web by requiring payment for linking between certain content online”.

In a submission to an Australian Senate inquiry on the News Media and Digital Platforms Mandatory Bargaining Code bill, Berners-Lee said the ability of web users to link to other sites was “fundamental to the web”.

Requiring digital platforms to pay to host that link, a world-first provision of the proposed Australian laws, would “block an important aspect of the value of web content”, the computer scientist said.

Berners-Lee argued the proposal “would undermine the fundamental principle of the ability to link freely on the web and is inconsistent with how the web has been able to operate over the past three decades”.

“If this precedent were followed elsewhere it could make the web unworkable around the world,” he said. “I therefore respectfully urge the committee to remove this mechanism from the code.”

Part (most) of me wants to say fcuk you to Facebook and you should pay up.  The local media infrastructure has suffered enough and there are far too many good journalists losing their living because there is not a sustainable business model for payment to them of a proper amount for their work.

But another part of me wonders if this will be a slippery slope.

What is best for the health of the web which is such a fundamental and essential part of our civilisation that we need to always nurture it and care for it?