Australia is picking a fight with China 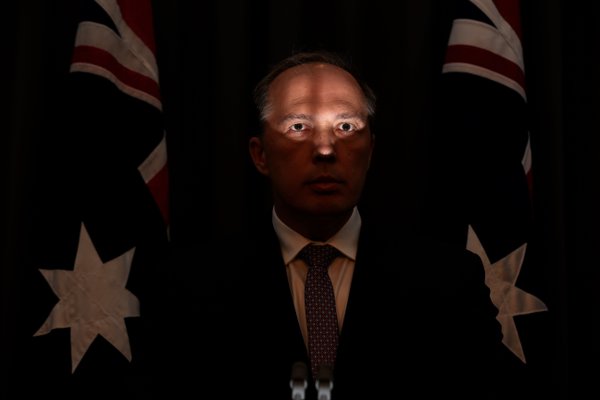 I am pleased that Nanaia Mahuta and the Government have distanced ourselves from joining in with five eyes attacks on China.  Because when you look at that aggressive rhetoric that is emanating from Australia you have to be worried.

Peter Dutton, aka potatohead, was reported as saying this:

The Australian defence minister, Peter Dutton, has said a conflict involving China over Taiwan cannot be discounted but he insists the government’s focus remains on having “good relations” with Beijing.

Dutton was on Sunday asked about the prospect of a “battle over Taiwan” following remarks from the former defence minister, Christopher Pyne, and the ex-prime minister, Tony Abbott, about China’s expansionist plans in the region.

“I don’t think it [conflict] should be discounted,” Dutton told ABC’s Insiders.

“People need to be realistic about the activity. There is militarisation of bases across the region. Obviously, there is a significant amount of activity and there is an animosity between Taiwan and China.”

Dutton said Australia wanted to continue being “a good neighbour in the region” that worked with its partners and allies. “Nobody wants to see conflict between China and Taiwan or anywhere else,” he said.

Then on Anzac day just to make sure China did not miss the attack Home affairs secretary Mike Pezzullo gave a speech where he talked about the drums of war.  From the Guardian:

In his Anzac Day speech – titled The Longing for Peace, the Curse of War​​ – Pezzullo said that free nations “continue still to face [the] sorrowful challenge” of militaristic aggression and “tyranny’s threat to freedom”.

“In a world of perpetual tension and dread, the drums of war beat – sometimes faintly and distantly, and at other times more loudly and ever closer,” he said.

“We must search always for the chance for peace amidst the curse of war, until we are faced with the only prudent, if sorrowful, course – to send off, yet again, our warriors to fight the nation’s wars.”

Pezzullo noted the “sorrow of Europeans after the horror of the First World War” but said their “revulsion at the thought of another terrible bloodbath” had meant they “did not heed the drums of war which beat through the 1930s – until too late they once again took up arms against Nazism and Fascism”.

“Today, as free nations again hear the beating drums and watch worryingly the militarisation of issues that we had, until recent years, thought unlikely to be catalysts for war, let us continue to search unceasingly for the chance for peace while bracing again, yet again, for the curse of war.”

Australia has been attacking China for a while.  Dutton previously questioned China on the origins of Covid and demanded greater transparency.  He has in the past accused China of conducting a series of cyber-attacks on Australian targets, stealing intellectual property and muzzling free speech.  And recently the Australian Government cancelled two belt and road agreements that the Victorian Government had made with the Chinese Government.

As I said in the beginning I am pleased that Nanaia Mahuta and the Government have distanced ourselves from joining in with five eyes attacks on China.  The more we distance ourselves from Australia’s dangerous over the top rhetoric the better.

53 comments on “Australia is picking a fight with China ”