Anti-science group WAVESnz have paid for a huge billboard on Auckland’s Southern motorway attacking children’s right to be healthy.

The billboard, near the off ramp to Middlemore hospital, is intended to scare young parents off from vaccinating their children. Curiously, it appears to be pitched at fathers rather than mothers.

The image is of a tattooed man holding a baby. The tattoo, which has a generic Polynesian motif, also contains English words that may refer to fatherhood. At a guess, the folk at WAVESnz think that Polynesian and Maori men have control over their women, so it’s best to target them. This is a cynical switch from this group, whose website is generously illustrated with photos of happy white folk.

Dr Grant Jacobs has a terrific critique of the damage this billboard is intended to do on his Code for Life blog. It’s well worth a read.

And Emma Espiner is using Twitter to organise against ignorance here.

The Advertising Standards Authority regulates billboards. You can lay a formal complaint here.

In general, the anti-vaxx billboard is misleading, which is a breach in itself. However, if you are minded to contact the ASA, you might point out that the billboard breaches the ‘Special Duty of Care’ in the code that covers advertising that impacts children.

Specifically, advertisers that use children have a responsibility to ensure advertising is not likely to result in physical, mental or moral harm.

It only takes a few minutes to fill in the ASA complaint form and help end ignorance. Do it for the kids, OK? 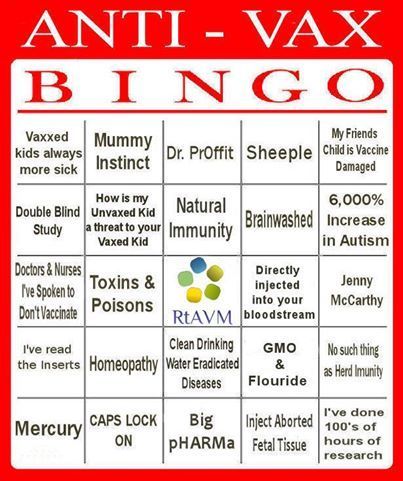 UPDATE: Ad-Vantage Media director Duncan Harris has said the billboard would be removed on Tuesday afternoon.

Immunisation Advisory Centre research director Dr Helen Petousis-Harris says on the Stuff website that the billboard perpetuated the myth there are concealed issues with what’s in vaccines, which was absolutely misleading.

Petousis-Harris said the billboard had the potential to impact public health. She also noted its placement in south Auckland targets vulnerable communities who “bear the biggest burden of these infectious diseases”.

“[For] people who are already a little bit hesitant or might have some concerns, this has the capacity to reinforce those ideas and make them nervous … they’re the ones who will be most impacted by this kind of messaging”.

Thanks to all TS readers who took the time to email the ASA. Quick, effective activism. We need more of that.