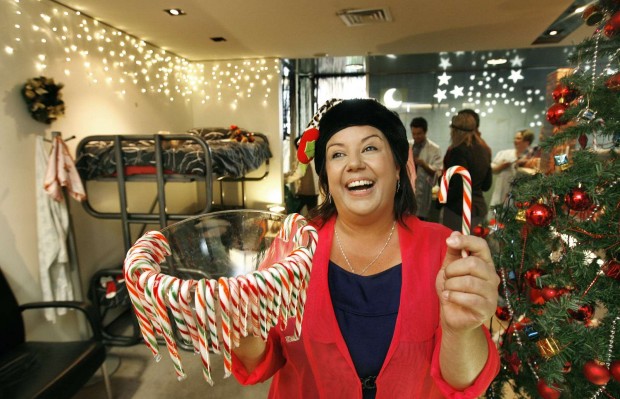 Ho ho ho and ‘tis the season to be jolly.

The latest piece of click bait social media is the unfortunate tale of a poor Santa Claus provider who apparently lost his contract because he thought the suggestion that there could be a female Santa was heresy.

The reality appears to rather different. From Cleo Fraser at Stuff:

Last week, Neville Baker told NZME his company My Santa would not hire women to play Santa in the annual Santa Parade as he wanted the character to be as “authentic” as possible.

He elaborated on his comments in the article, saying he didn’t want children to notice Santa’s boobs and would instead dress up female applicants as Santa’s helpers in a “little skirt and top”.

Having read that I formed the firm conclusion that the trust’s decision to forgo the chance to use his services was rather appropriate.  The guy seems somewhat obsessed with the female form.

But there was the usual media beat up on the issue. Loud voices expressed the firmly held opinion that surely no one would be so dumb to suggest that a fictitious character devoted to the spreading of good will and the giving of gifts could possibly be a woman. Because …

Simon Bridges joined in and someone at Stuff came up with the headline of the year. 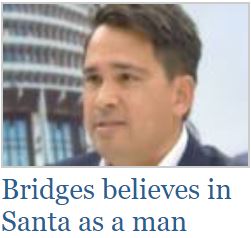 He said it was PC gone too far and Santa Claus is a man and that is how it should be.

This particular incident is a classic example of so much modern media, twist a story out of reality, say it is something completely different to what it is, add an anti “PC” element to it then get the usual suspects to add to the beat up.

As for Simon I would prefer that my Prime Minister actually tried to grasp and comment on reality. Trying to score cheap political points by feeding prejudice should not be in the job description.

And yes girls can do anything.

91 comments on “Bridges believes fictional character is definitely a male ”