China, Huawei and us 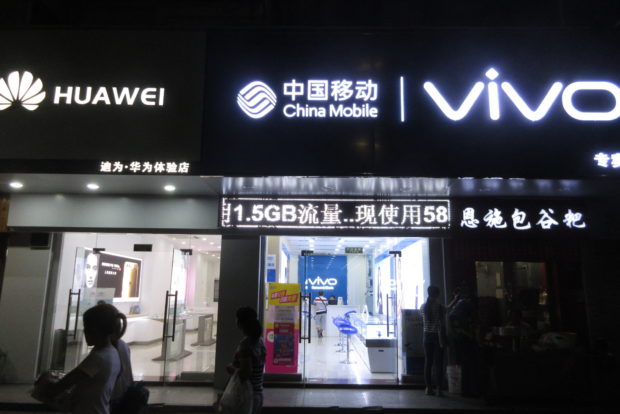 It’s high time this government woke up to the intelligence gathering capacity and ambition of China in New Zealand. If we have a counter-espionage capacity of the New Zealand state, it’s time it was put to work.

Charles Sturt University academic Clive Hamilton made a submission to an Australian inquiry this year detailed what he said were attempts by groups linked to the Chinese government to exert influence on Australian society.

In July this year the Australian National University in Canberra claimed that Chinese cyber actors had held an ongoing presence in the university’s IT systems for at least seven months.

Then next month, informed by a national security review that had been undertaken, then acting home affairs minister — and now prime minister — Scott Morrison banned Huawei.

The United States had already restricted Huawei and another Chinese company ZTE also on security grounds.

An option that New Zealand might conceivably consider is the UK government approach; start a cyber security evaluation centre to assess Huawei products and indeed any other. Nice and soft.

But after seven years of operations that approach hasn’t worked.

The UK’s National Cyber Security Centre said in August that it “is less confident” it can provide “long-term technical assurance of sufficient scope and quality around Huawei in the UK” because of the “repeated discovery of critical shortfalls”.

That UK outfit is effective, so hearing them admit to major limitations is important and honestly rules the softly find-the-evidence approach.

There’s some useful analysis of the responsibilities that law puts on Chinese citizens and companies.

That’s a toughie for Huawei.

Huawei reacted to the Australian decision saying the decision was politically-motivated and not the result of a fact-based, transparent, or equitable decision-making process.

Currently there’s no evidence at all that Huawei gear is a security problem. So yes indeed, no evidence for a decision to ban them.

Or are we led down a slippery path of suspicion, holding Chinese companies to a level of security accountability that is absent when I open my American Motorola phone, Apple computer, or Oracle software?

Thankfully that’s a decision way beyond my pay grade.

Many non-Chinese internet and content companies wrestle with the fact that the Chinese government makes the rules, and they are totally anathema to western assumed rights not to be perpetually state-surveilled without charge, and to enjoy unfettered freedoms of expression, and protest, and association. These values would get traded at the expense of the global reputation of such companies. This Chinese government is degrading human rights at every turn, and we will not be New Zealand if we accept that here. Huawei: say it right: Who Are We?

The net outcome is that Chinese tech companies continue to dominate China; this enables domestic security to function as a massive tariff protection to their local technology industries, from which to grow and export. Australia is a small market. They’ll get a few knock backs, but far more wins across the world, so the equation still works out.

When weighing up the involvement of foreign companies in critical infrastructure projects, how can policymakers put forward credible arguments in support of companies whose international behaviour is bound by their domestic security laws?

And of course, Chinese companies can hardly complain when they get some of the same security scrutiny applied to them that their own state applies to those companies wishing to enter China’s markets. Actually of course they can. Hypocrisy is a really shit line of attack here.

None of the true debate of the differences between the New Zealand assessment and that of Australia will ever come out into the open. That’s the nature of the beast here. So our government better put something useful out there. Silence in statecraft is assent.

If New Zealand ever needed a lesson on how China chokes those who piss it off on security grounds, check out Taiwan. The number of Chinese tourists plunged as much as 42 per cent following the 2016 election of President Tsai Ing-wen, as Beijing worked its carefully structured group tourism controls. Run that scenario on the New Zealand tourism industry, and you feel a certain chill.

Currently our highest diplomatic principle appears to be: head down and keep trading.