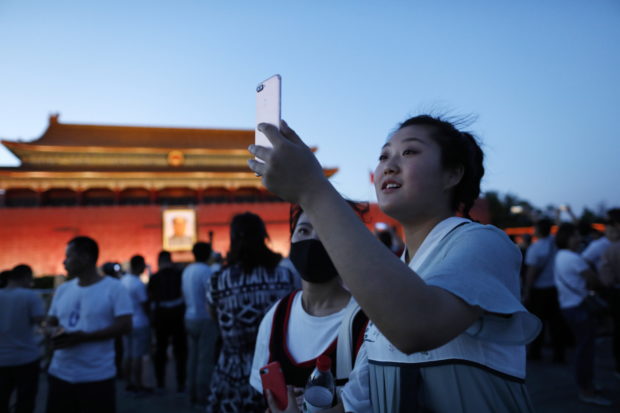 In a piece of incredible timing, on the same day as Australia, the United States and the United Kingdom announced their defence technology procurement pact and pissed off ally and competitor alike, China formally applied to join the Comprehensive and Porgressive Agreement for Trans-Pacific Partnership (CPTPP). Very hard to see that one knew the other was coming, but you could barely describe a clearer riposte by China as a move supporting multilateral trade, versus a US belligerent and anxiety-inducing military move.

Our little role in this is that New Zealand is the repository state for the CPTPP, and it was China’s Commerce Minister Wang Wentao who made that submission to us.

CPTPP is the agreement signed by Australia, Brunei Darussalam, Canada, Chile, Japan, Malaysia, Mexico, New Zealand, Peru, Singapore, and Vietnam. This was the deal brought to the finish line under the leadership of Barack Obama. But you can guess what happened next: Trump arrived and pulled the US out. What was supposed to box China in, could instead do the reverse and box the United States.

For those who tuned close to the 2020 APEC meeting that our Prime Minister hosted, it was there that China’s Xi Jinping said that it would favourably consider joining the agreement.

Yes, I just linked to Global Times. Global Times opined that the application cemented Beijing’s “leadership in global trade” and leaves the United States “increasingly isolated”. They probably should have waited a day before they printed that one.

I suspect that the reality for China is going to be quite hard. The standards that Ardern and others insisted on late in the piece go far beyond tariff removal, including regulations guiding market access, labour rights, and government procurement.

We should be clear about Ardern’s central place in the higher standards between TPP and CPTPP. It was the first major international action she did on achieving power. She was neck deep in gaining those standards.

Prime Ministers Ardern and Morrisson have pretty much signed a blood pact on sustaining those high standards that they negotiated very late in the piece, as you can read from the joint statement text in 2018 here.

In theory China trying to join the CPTPP’s more stringent provisions could work the same way as the lead-up to China’s entry into the WTO: a huge and successful push for internal reforms ensued. Nor will New Zealand be forgotten as the first country to do a bilateral free trade deal with China, back in the day.

In practice, hard. Very hard. Vietnam has had to overhaul its labour code to recognise worker rights to form independent unions. With China consistently cracking down on independent labour organisations, it’s pretty hard to see China meeting that standard.

There are also pretty strict provisions on subsidies to state-owned enterprises, “free flow” of data, and opening government procurement deals to foreign competition. I’d be impressed if they can suck those up given how they jack up state corporations and ruthlessly control data flows.

Japan isn’t happy with this. But they’re quite happy to play global chess and support Taiwan’s entry.

More players will look with concern because China makes a point of sustained territorial aggression against Brunei, Malaysia, and Vietnam. Because China behaves like a diplomatic asshole, the potential for karma to be served back to it will be high.

Maybe it’s time to bring back the all-singing, all-dancing Clark-Key combination back to broker between China and the current signatories.

The United States, of course, doesn’t have any leverage in this.

The game however is if China really does go through a reform process and does show that it’s meeting those CPTPP standards, then it’s got a good shot at entry. Will multilateral diplomacy prove more powerful than deals concerning military submarine technology? I’d hope money talks better than weapons shout.

The big multilateral play is a strong intersection between the objectives and membership of RCEP and CPTPP. Here’s a summary of RCEP and the CPTPP overlaps … and what it means for us.

Whether CPTPP entry would be a win for China specifically or not, it would certainly be a win for a global rules-based order in our region over a military order. That result would be strongly in favour of New Zealand.

The real deal isn’t in the military technology pact. The real deal for New Zealand is to use trade rules to continue to win over militarism – which Prime Minister Ardern has been doing exceedingly well. A great game to have afoot with Ardern surprisingly close to the centre.