The privileged white kid who smugly insulted native American singer Nathan Phillips has put out a statement so Trump like in its self pitying tone that it may actually be parody.

Nicholas Sandmann says that far from taking the piss out the Native American elder and Vietnam vet, he was the real victim:

“The protester everyone has seen in the video began playing his drum as he waded into the crowd, which parted for him. I did not see anyone try to block his path,”.

“He locked eyes with me and approached me, coming within inches of my face. He played his drum the entire time he was in my face.”

“To be honest, I was startled and confused as to why he had approached me.”

Sandmann says he “believed that by remaining motionless and calm, I was helping defuse the situation.”

“I said a silent prayer that the situation would not get out of hand,”

Happily, he was “not intentionally making faces at the protestor. I did smile at one point because I wanted him to know that I was not going to become angry, intimidated or be provoked into a larger confrontation.”

His mum, the Vice President of a finance company, claimed her son was abused by “black muslims”, with no evidence whatsoever. So far, so Trump.

About now, some readers will be asking themselves whether its fair to publicise the actions of a child. Sandmann is apparently 17. Which is old enough to get shot by a racist cop if you’re black in Kentucky, so let’s not fret too much, ae?

Sandmann attends a catholic school for the sons of rich White Kentuckians. How white? 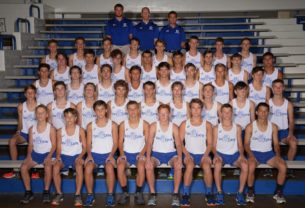 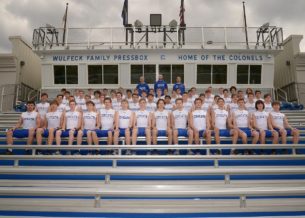 This is what Trump really means for America; a snowflake nation where the KKK don’t wear sheets, they wear old school ties and MAGA caps.

Where being a racist, smug little shit is instant victimhood.

Where racists have feelings, maaan.

Nicholas Sandmann is less than zero.

This guy, on the other hand,  is an American hero. He has genuine sympathy for the people who abused him and fears for their futures. He has more compassion than I can muster, for sure.