Everybody gets a pardon 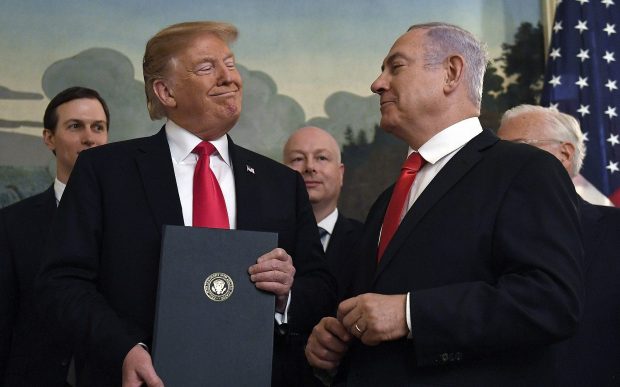 So Donald Trump’s reign is almost over.

For the past four years I have woken daily and wondered what fresh hell offense he has committed.  And most of the time I have been surprised and disturbed.  He was consistently worse than I thought he would be.

Just after his election four years ago I said this:

Negatives? Where do I start. Any lefty who says that a positive is he is not as bad as Clinton will enjoy from me four years of “I told you so”. He will wreck havoc on international relations, a world approach to climate change is pretty well dead, constitutional norms will be destroyed, ethnic relations in the US will be stuffed. His potential to cause harm is massive.

I stand by this comment. Actually with the benefit of hindsight I think it was understated.

So now he is at the end of his reign.  The hope that he would go quietly into the night did not work out so well.  Within the last two weeks he tried to stir up a bunch of fascists to overrun Capitol Hill and potentially take elected members including the Vice President of the United States hostage.  The ends justify the means huh.

But judging from recent events Trump appears to now accept that his reign is over.  So long loser.

It seems that much of his current time is being spent on deciding on who to pardon.

And questions are being asked about if there is a price to pay.

The claims that I asked for, or received, any compensation for a pardon for myself or anyone else is false, defamatory, and malicious.

I was surprised he did not also rule out any possibility that the President or his other cronies may have received compensation.  Because the allegation is that a price tag has been attached to the exercise of the Presidential prerogative of mercy.

From Martin Pengelly at the Guardian:

An associate of Rudy Giuliani told a former CIA officer a presidential pardon was “going to cost $2m”, the New York Times reported on Sunday in the latest bombshell to break across the last, chaotic days of Donald Trump’s presidency.

The report detailed widespread and in some cases lucrative lobbying involving people seeking a pardon as Trump’s time in office winds down. The 45th president, impeached twice, will leave power on Wednesday with the inauguration of Joe Biden.

The former CIA officer John Kiriakou, who was jailed in 2012 for leaking the identity of an operative involved in torture, told the Times he laughed at the remark from the associate of Giuliani, the former New York mayor who as Trump’s personal attorney is reportedly a possible pardon recipient himself.

“Two million bucks – are you out of your mind?” Kiriakou reportedly said. “Even if I had two million bucks, I wouldn’t spend it to recover a $700,000 pension.”

I spent a bit of time earlier researching who Trump had already pardoned and came up with this list:

There is a lot of speculation who may be the latest recipients of largesse and possibilities mentioned include preemptive pardons for Guliani, for Trump’s family members and even for Trump himself even though there has been strong advice to him not to do this.

Whatever happens I am sure the final list of pardons will get a great deal of attention as possibly his last decision made as POTUS.

And as the sun sets on his disastrous reign there is one thing good that can be said about him, at least he did not start a nuclear war.

32 comments on “Everybody gets a pardon ”