Fear and loathing in Aotearoa 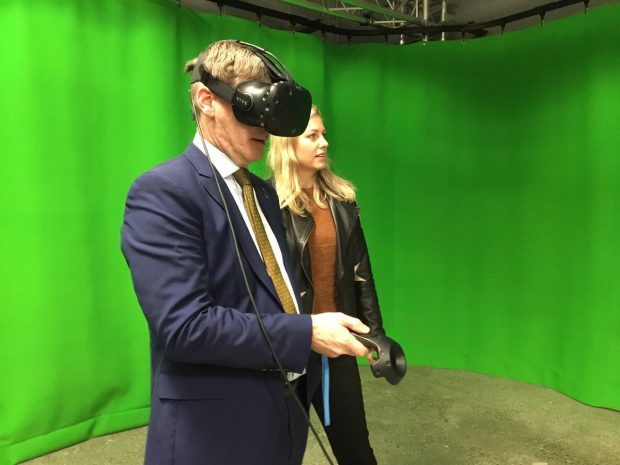 This has been a strange election campaign, unlike any I can think of.

Four weeks ago it was meant to be a walk in the park for National.  A coronation of Prime Minister Bill English as he swept all aside.  And Labour in disarray.

But National has been hopelessly derailed by events and shown how incapable it is of adjusting quickly to changing circumstances.  As soon as Jacindamania hit National had no idea what to do.

We are now at the stage where the polls suggest that the levels of Labour’s and National’s support are close.

And instead of Winston being king maker no matter what suddenly the prospect of a Labour Green coalition is no longer a pipe dream.

So how has National responded?

Really bad.  I cannot believe how bad they are campaigning.

They have forgotten every lesson that John Key taught.  The need to triangulate, and appear like you are actually human.  To reach out and have selfies with drag queens, to make sure you have MPs who belong to the different ethnic communities in electable list positions, to talk about the underclass and imply that you are going to be just like Labour but you will also offer a tax cut.

This was John Key’s National Party.  Damned hard to beat and damaging to our future but more through neglect and incompetence than 1990s style Ruthenasian deliberate infliction of harm.

But post Key the problem for National is that it is no longer capable of running a competent campaign.  Especially when things change quickly, then National is hopeless.  Its compass is formed by polling and focus groups and when it does not have the chance to work out what it should be saying or doing it is at a real loss.

National seems to now have three campaign lines.  The first is to attack Labour’s financial competence and hope that enough of the population do not appreciate that all the experts are right and National is telling a pile of porkies.

The second is to reach out to the base, basically farmers.  I don’t know why.  This is a completely defensive move.  Spreading shyte about how much Labour’s water tax will cost farmers is both a lie but also rather irrelevant.  They have the farmer vote.  They should bank it and move on.

They should instead be reaching out to ethnic groups and liberal urbanists in the hope that they will persuade enough to stick to pale blue.

And the ethnic strategy may backfire big time.  National needs about 42% to maintain most of their ethnic MPs although at that figure National’s Philippine candidate Paulo Garcia will not make it.  And as the vote sinks, and I am sure it will, they start losing ethnic candidates.  If they get down to about 36% then Alfred Ngaro goes and their ethnic MPs are all gone.

The third line, currently related to the second,  is to basically make shit up.  And this is what happened yesterday.

Simon Wilson put this claim through the sniff test.

But what is National saying to its rural support base? It’s not just that Labour is a tax and spend party, or that Labour’s water tax will cripple good honest farmers. Bill English told the nation on TVNZ’s Q&A yesterday morning that the consequence of the water policies of the “opposition parties” was to “slaughter the dairy herd”. He then said, “The next thing they’ll be talking about: depopulate the cities, because they cause water pollution too.”

This, by the way, was shortly after he’d denied he was leading a campaign of lies and scaremongering. Whatever happened to Honest Bill?

For the record, Labour’s policy on the size of the dairy herd is the same as National’s: both say we’re probably reaching capacity, but decline to say there are too many cows. Both believe the future of dairy lies in increased productivity, not growth in stock numbers. (To compare all the party policies on water and everything else, check out our Policy tool.)

The Greens’ policy is different. They want to reduce the herd by 30-35%, using financial incentives that are set out in policy, over a period of 30 years. As any farmer will tell you, that does not mean a single cow has to be taken out and shot.

And the water tax? Labour wants to put a tax on water to pay for restoring the quality of waterways. Bill English on RNZ last week described it as “a $50,000 or $100,000 tax”, and Steven Joyce has used those figures too. Are they right? Some fact checkers have looked at the claim by using averages across the dairy sector, but Dairy NZ says there is a more accurate way to do it. So let’s use its figures.

Dairy NZ says there are 2000 dairy farms using irrigation. Most of them are in the South Island and are much larger than the average NZ dairy farm. According to Dairy NZ, Labour’s water tax would cost those farms an average $45,000 per year. Close to the low end of English’s range, but nothing like the $100,000 he also mentioned. There are 10,000 more dairy farms in New Zealand that do not use irrigation. Dairy NZ says they would pay $240 a year.

Of course, lots of other farmers irrigate too. But they don’t use anything like the quantity of water required by the South Island’s new industrial-scale dairy farms. Those farms exist only because of irrigation, and despite environmental programmes to mitigate the damage, they are degrading the waterways. That’s just fact. Is it unreasonable that they should help pay for more concerted action to clean up those waterways?

It’s revealing in many ways that Bill English thinks it’s okay to get farmers enraged at Labour and the Greens. One is that he appears to believe his reputation for integrity is unassailable. Another is that his party knows slander works, and they’re not above using it. We knew that already, most recently thanks to Steven Joyce and the so-called $11 billion hole in Labour’s budget. That was a fiction English himself would have taken part in creating and which he continues to promote – he did so on that same Q&A programme.

A third thing to note is that English is clearly not trying to win urban liberal votes. He’s already got all of those he’s going to get, on the basis of other policies. He’s going hard after the rural and provincial votes – not people thinking about voting Labour or Greens, but the NZ First supporters.

And a fourth thing, the scariest thing, is that if English thinks it’s OK to insinuate that Labour is going to start slaughtering cows on national television, what are he and his colleagues telling people when there are no cameras present?

If you took English’s comments at face value Labour will be basically like the Pol Pot Regime except mean to cows as well. Bill English has well and truly jumped the shark on this occasion.

Back in the day John Key at least pretended that he was ambitious for New Zealand. Bill English is John Key without the PR. It is time for a new leadership to take over the leadership of the country.

55 comments on “Fear and loathing in Aotearoa ”