In the aftermath of the fascist attack in Christchurch, I’ve been dwelling on what it takes to be a hero.

There were definitely heroes to be found on Friday.

The media have interviewed Abdul Aziz, who chased the terrorist out of the Linwood mosque.

In the live stream of the earlier attack on the Al Noor mosque, a man can be seen trying to tackle the terrorist. He doesn’t survive.

I’ve previously met Tarik Chenafa, who smashed a window to allow himself and many others to escape. He’s a quiet, unassuming man who did what he could in the most awful of circumstances.

There are so many individual moments of bravery; so many people who helped others at the risk of their own lives. I believe that as the stories come out, there will be many accounts of people who died sacrificing themselves to save others.

All the victims are heroes, no matter what the circumstances of their lives or their deaths. They died celebrating their faith and honouring peace, the central tenant of Islam.

Mucad Ibrahim, whose photo accompanies this post on the front page, is the littlest hero. 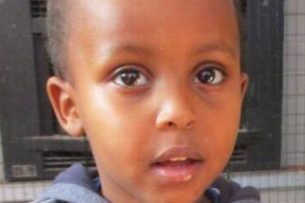 These are the common reactions to fearful incidents.

I really don’t know what I would have done had I been in a position to intervene.

I’d like to think I’d have been brave, been a hero.

I just don’t know if that’s really the case.

So I’d like to acknowledge all those who were heroic on the day; those who offered shelter to the survivors or drove victims to the hospital, public servants such as the police, fire, ambulance and medical staff who made such a difference.

I’d like to thank the teachers who kept children safe during the lockdown. They are going to have to watch their charges carefully over the next little while because if we’ve learned anything from the quake, it’s that kids know when something is bad, but they process it differently from us adults.

Thanks to to the churches of Christchurch, who have offered space for prayers to their Islamic brothers and sisters.

Thanks to everyone who has laid flowers at the cordons or who has just shared the silence with others at the many informal grieving points around the city.

Thanks to the young people who had their day of action on climate change ruined. We haven’t forgotten you and your voices will be heard.

Thanks to our politicians, too. Not just Jacinda Ardern, who has been a leader like no other, but to all of our MP’s who have put NZ’s grief ahead of their own agendas.

Thanks, too, to the people of Christchurch. The quake spirit lives on.

I’m not sure that my last mention is really a hero, but I’d like to thank Will Connolly. Though I’m a bit conflicted about doing so.

Will Connolly assaulted racist Australian Senator Fraser Anning with an egg and was then punched by the coward and choked by some of the neo-fascist’s knuckle dragging supporters.

I’m not going to be hypocritical about it; Connolly was wrong to egg the egg.

I’m not sure that the hero label really fits Connolly, but for now, I’m happy with anyone who stands up to fascism in any way they feel appropriate.

And you know, over the next little while, we are going to be subject to a lot of fightback from the right.

I’ve seen Kiwis debating whether it’s possible to drive from Riccarton to Linwood in 7 minutes (yes, it is, particularly if you’ve just killed dozens of people and the road rules are not currently top of mind).

Gun nuts will be whingeing about losing their toys. Rednecks will be triggered by images of our Prime Minister wearing a veil.

Sad sacks like the enablers at Whaleoil are already busy denying it has anything to do with them.

And to be fair, hate speech promoter and supposed lefty Chris Trotter has been sensibly silent in the last few days. It’d be lovely if his next utterance was an apology.

For those of us with a conscience, with ethics, with heart, well, we should just continue to offer kindness, solidarity, and, occasionally, an egg.