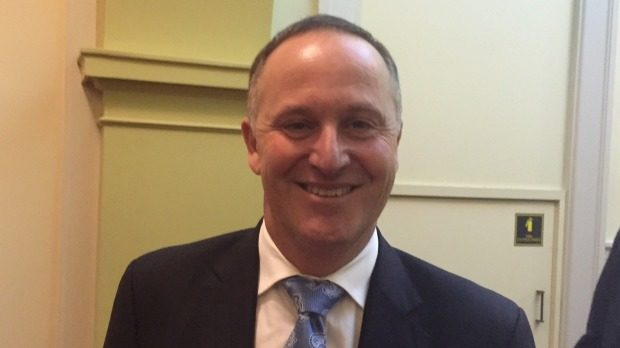 The repercussions of the Mossack Fonseca leaks are starting to make their way through New Zealand Politics.  John Key and National were oddly silent for a while.  Now they have worked out how to handle matters.

The strategy they are using is the dead cat strategy, jump up and down, say things that are palpably ridiculous, and hope everyone’s attention is diverted.  The strategy is a creation of Lynton Crosby of Crosby and Textor fame and we seem to see it more and more often.  For instance last year when Labour talked about human rights for detainees Key said they were backing the rapists.  The strategy has been described in this way:

There is one thing that is absolutely certain about throwing a dead cat on the dining room table – and I don’t mean that people will be outraged, alarmed, disgusted. That is true, but irrelevant. The key point, says my Australian friend, is that everyone will shout, ‘Jeez, mate, there’s a dead cat on the table!’ In other words, they will be talking about the dead cat – the thing you want them to talk about – and they will not be talking about the issue that has been causing you so much grief.”

McFlock has provided this brief yet precise synopsis of the strategy:

The dead cat is, in its essence, a bullshit argument: the user doesn’t care whether the argument is true, false, or even relevant to the argument. The objective is to get people arguing about the cat, and if someone accuses the cat-thrower of being disingenuous then the next move is to complain about personal abuse.

Key’s reference to Greenpeace and Amnesty and is about as intellectually justifiable as Cameron Slater thinking that Nicky Hager receiving whistleblower information justified his (Slater’s) attempted hacking of the Standard.  And Key’s reference to Mojo Mathers and saying that she has an interest in a foreign trust is contemptible.  It is not the sort of foreign trust that is at issue.  It merely allows Mojo the occasional stay in a foreign house.  Key knows this.  Maintaining this sort of argument is the sort of thing you would expect of a ten year old arguing with their friends in a playground, not the Prime Minister in Parliament.

Some of Key’s other lines are so palpably poor I cannot believe that the media has not ridiculed his claims instead of repeating them.  For instance the claim that New Zealand is not a tax haven.  It clearly is “a high quality jurisdiction for trusts with a benign tax system in certain circumstances”.  Insisting that something is not a duck even though it looks like a duck and quacks like a duck is disingenuous in the extreme.

And the implications of one of Key’s claims, that New Zealand has data exchange agreements with 109 nations, has not been analysed properly.  I presume he is referring to the Convention on Mutual Administrative Assistance in Tax Matters although there are only 93 other signatories (including some states), not 109.

Even accepting that Key’s claims are correct this means there are 85 nations New Zealand does not have an obligation to share data with.  The authorities in Countries such as Paraguay, Uruguay, Taiwan, Western Samoa and Papua New Guinea have no way to see if New Zealand based foreign trusts are being used to hide funds that belong to those countries.

Bill English’s claim that Key’s refusal to abide by the Speaker’s ruling yesterday was “accidental” is of “the dog ate my homework” quality.  While Key was not looking at Speaker Carter at the time unless he had completely lost his ability to hear there is no way that he would not have known that Carter was telling him to sit down.

I am sure that Key and National are really pleased that so far the Panama Papers have not disclosed a National Party donor or MP being involved in illicit business activity.  Key himself with a supposedly blind trust and a former lawyer who sees the virtue of running a business promoting foreign trusts makes you wonder where his trust’s assets are.

National’s primary goal appears to be to attack the quality of the information so that if and when an embarrassing discovery is made they will say that Greenpeace and Amnesty International have been implicated and there is nothing to see here.  Of course this ignores the big issue that our tax system is being used by foreign interests to hide assets and avoid tax.  Our reputation is being hit and other countries are suffering.  An immediate overhaul of the law is the least that we could do.

There is also another benefit from the current smokescreen.  The bill required to implement the TPPA was introduced into Parliament this week.  Such is the rush the bill is lacking a complete Regulatory Impact Statement. MPs are not being told of the full implications of the bill.  The inability to provide a complete RIS makes you wonder if the Government is able to actually justify the claimed benefits of the treaty.  And there needs to be an analysis to see if the Treaty’s provisions will allow action to stop the rorting of our tax system by overseas interests or make it worse.

This debate should be happening now.  But idiot similarities been drawn between Greenpeace and corrupt businessmen and politicians using our system to hide their assets and avoid paying tax are draining the oxygen out of the debate.