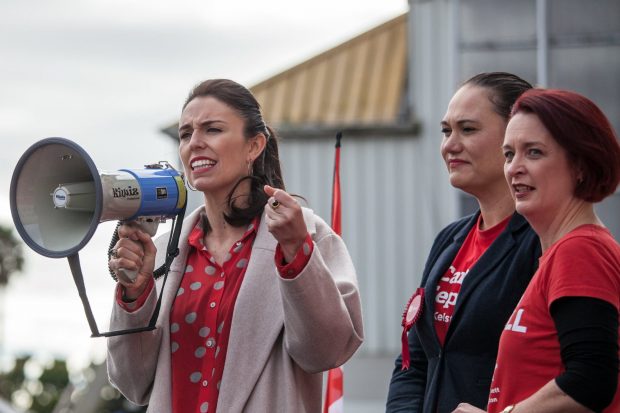 There has been a degree of frustration amongst some that this Government has not implemented as many of the Welfare Expert Advisory Group recommendations as they have.  My personal view is that coalition politics have not made meaningful change always possible.  And also that Carmel Sepuloni has been working in the background progressing the decisions and a number of changes have been implemented.  Her speech in Parliament in March this year sets out some of the changes that have been made.

One of my primary areas of focus is, of course, the welfare overhaul, and I acknowledge the Green Party, our confidence and supply partners, for putting it into our agreement when we came into Government, and we are all committed to that welfare overhaul. We know it won’t happen overnight, because there’s so much to fix up within our social security system. However, we’re committed to doing it, and I wanted to talk a little bit about the things that have already been done. There were 42 recommendations in that Welfare Expert Advisory Group (WEAG) report, and I’m going to rattle through, really quickly in the next three minutes, what work has already been done or how we’ve responded to those recommendations. I’m going to talk really quickly.

In response to WEAG recommendation 2, which is to implement principles to guide the design and operation of the welfare system, we’ve developed a working policy framework to guide the welfare overhaul, which includes kaupapa Māori values, the purpose of the welfare system as a whole, and the outcomes we want to see. In response to recommendation 3, to establish a cross-Government approach to this welfare overhaul, our Social Wellbeing Cabinet Committee is already overseeing this work. In response to recommendation 5, to implement better reporting, we are regularly monitoring the longer-term employment outcomes of people leaving the benefit system. In fact, we’ve already started to record sustainability of employment exits, which is what the previous Government completely ignored. In response to recommendation 6 and recommendation 9, to work toward greater equity for Māori, the Ministry of Social Development (MSD) has launched its Te Ao Māori strategy and action plan, Te Pae Tata, which is about embedding a Māori world view into MSD to help staff think differently about the way they work with Māori—because, let’s be honest, the welfare system has not worked for Māori in this country for a very long time.

In response to recommendation 8, to build MSD’s cultural responsiveness and improve outcomes for Pacific people, MSD has launched their Pacific strategy and action plan, Pacific Prosperity, to guide future policy development in delivering better coordinated action together. In response to recommendation 11, to remove some sanctions and obligations, we have already removed the section 192 sanction, which will come into effect on 1 April, which unnecessarily penalised sole parents. As of 1 April 2020, 24,000 children will be significantly better off as a result of this, with many sole parents’ incomes increasing by an average of $34 per week. In response to recommendation 12, to improve front-line services at MSD, we’ve introduced a client commitment charter, made changes to Work and Income offices to make them warmer and friendlier, implemented an online eligibility guide, and launched Heartbeat to better understand client experiences.

In response to recommendations 14, 15, and 16, to address issues of debt, we have started an inter-agency work programme to look at Government debt, developed the Safer Credit and Financial Inclusion Strategy, and my colleague Minister Faafoi has announced new rules around high-cost short-term lending to protect consumers from punishing debt at the hands of loan sharks. In response to recommendation 18, to improve support for people exiting prisons, we announced Māori Pathways, a group of targeted interventions from the Department of Corrections, Te Puni Kōkiri, and the Ministry of Social Development, aimed at reducing reoffending rates of high security prisoners. And in response to recommendation 20, to increase abatement rates, we have increased how much people can earn before their benefit is reduced, in line with the minimum wage, and that comes into effect on 1 April.

I only got up to recommendation 20. There are 42 in here.

Labour has committed to the next tranche of changes and addressed two of the most important, abatement rates for beneficiaries and reinstating the training incentive allowance.

The training incentive allowance was the policy that Paula Bennett famously utilised to help her get a degree and then cancelled when National was in power.  Clearly she was unconcerned that she was pulling the ladder up and preventing others from receiving the help that she did.

The Government previously increased abatement levels but only by the incremental change to minimum wage levels.  Their latest proposal is much more significant.

The justification for the policy is in Carmel Sepuloni’s statement:

“COVID-19 is going to impact incomes and employment significantly, which is why Labour is focused on improving New Zealanders’ access to training, creating a more highly skilled workforce and ensuring those on benefits can keep more of what they earn,” Carmel Sepuloni said.

“Investing in our people is a key part of Labour’s five point economic plan. We have supported over 1.7 million jobs through the Wage Subsidy and launched the apprenticeship support scheme, Apprenticeship Boost, to keep apprentices in jobs and support employers to invest in new ones, as we rebuild the economy from the impact of COVID-19.

“On top of that we have already announced that Labour will expand the Flexi-Wage programme. Labour will be investing an additional $300m to increase the average subsidy to $7,500 and enable up to 40,000 people to take advantage of the programme.

“The TIA is an investment in a family’s future. I was supported by the TIA for a period of time when I was a sole parent and studying. It made a big difference having that little bit of extra financial support when I was trying to get ahead and build a future for my family.

“Access to support for higher level courses under the TIA was taken away by National, despite the responsible, Minister Paula Bennett herself having benefited from this support. Labour is putting the ladder of support back in place after National pulled it up behind them,” Carmel Sepuloni said.

“In 2018, under the existing settings, around 900 people accessed the TIA. Reinstating access to the TIA for degree level study is estimated to increase uptake to over 6,000 in the first year, increasing to 15,000 in later years.

The proposed changes are significant although some will think they should go further.

The best way for those who want to witness a meaningful debate about whether they go far enough is to elect a Labour Green government.