Letter From the United Kingdom

‘
In a spectacular display of her now blatant hypocrisy, UK Prime Minister Theresa May has accused Labour Leader Jeremy Corbyn of – get this – “dragging his heels” in sorting out the Brexit calamity.
🤣🤣🤣🤣🤣
Classic. This has been expected for a while now. The truth of the matter is that Brexit belongs entirely to previous Prime Minister David Cameron who, for no good reason whatsoever, called for the Brexit referendum, and to Theresa May who has blundered and botched every step along the way since the referendum result. The Conservative Party owns Brexit because the very reason for it ever happening in the first place was to sort out an internecine battle.
But watch now as the UK MSM pours buckets of blame for Brexit on Jeremy Corbyn. Its all the Tories have left having failed in the hideous but sustained and probably illegal campaign to smear Corbyn as, variously, a complete idiot, a marrow-growing manhole lid collecting weirdo, a liar, a cult leader, a terrorist sympathiser, a communist, a spy for Czechoslovakia, and, most disgustingly, as an anti-Semite.
Yet, for all the shit the MSM and the Tories have thrown, none has stuck.  Throughout the MSM bombardment and parade of contrived controversies Jeremy Corbyn has remained calm and dignified. He’s ignored egregious  insults, never taken the bait to get into those trivial public squabbles the MSM so loves, and he’s swatted away an array of concocted scandals,  simply rising serenely above the worst of the smears and remaining largely unscathed.
Jeremy Corbyn’s class  performance has been driving the MSM and the Tories crazy as evidenced by their increasingly bizarre attempts to get anything, just something, to damage him. Inevitably,  its now come to an attempt to place blame for the eventual Brexit catastrophe on his shoulders. No chance. That patented and standard Tory Crosby/Textor tactic of blaming the opposition for that of which you are guilty won’t work. Not this time. 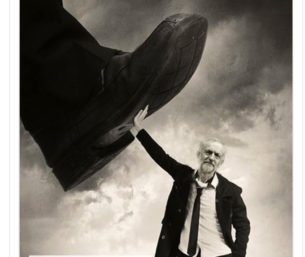 Delightfully, and helpfully, Jeremy Corbyn’s resilience has been infuriating the Labour Party’s remaining Blairites for a little longer. They were shocked and then apoplectic when Jeremy Corbyn won the Leadership in September 2015 following the departure of hapless Ed Miliband. The Blairites placed blame for Jeremy Corbyn’s victory on the membership. In typical Blairite fashion, the members were scolded for making such a ridiculous mistake. Then, through sheer petulance and devious Party machinations, the Blairites managed to secure a second Leadership election. This time, the membership was told, get it right, don’t vote for Jeremy Corbyn, or Labour would never win Government.  Bad move, that imperious treatment of the members.
In September 2016, the members delivered Jeremy Corbyn a landslide mandate and, a little later on, sufficient 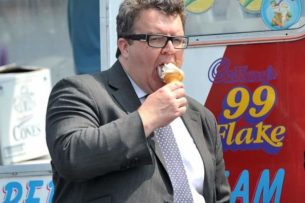 control over the Party to remove the Blairite functionaries within the Party machinery who had been impeding his agenda. The Blairite MPs were given a chance to reform their ways and those who didn’t were rendered impotent. Well, all but one: traitorous Tom Watson, Corbyn’s Deputy Leader. He remains in the party and, because of his elected position, which gives him a platform, he cannot be easily removed.  The effort required and resulting howls of faux outrage would feed the MSM. More hassle than its worth.  Watson sits around using his position and platform to undermine Jeremy Corbyn every chance he gets. He’s largely isolated within  the Party but, of course, that doesn’t stop the MSM from working with him to agitate. Watson really is a disgrace, but so much so it is widely perceived which reduces him to being more of an irritant than a serious threat at this stage.
As for the other Blairite MPs, so impotent were they the only thing they could do was gather up their signed copies of “The Journey” and leave the Party to start their own. They have formed a private company to obscure what money comes in from whom, gathered a handful of disaffected Conservative Party MPs, and branded themselves as Change UK (CUK, for short). None of them have the integrity to resign from Parliament and remain as squatters in their constituencies. For now.
Meanwhile,  Jeremy Corbyn persists. His resilience speaks of a remarkable strength of character which, in turn, has attracted battalions of supporters gathering on social media. This dynamic has been incredibly helpful in allowing Jeremy Corbyn to cut-through the MSM narrative and limit the damage that might otherwise have hampered him and the Party. 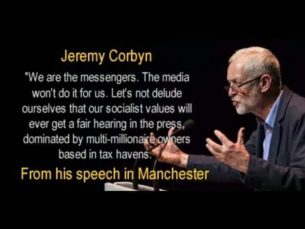 Labour is now nearing a ten points lead over the Tories. Spurred on by Jeremy Corbyn’s “we are the media” speech, there’s a whirlwind of activity. Members rage over the injustices Theresa May is inflicting upon the people of the UK, some dedicate their time to fact checking and monitoring the MSM, there’s plenty of learned folk providing analysis, local activists are organising, “no safe Tory seats” is the cry.  And just about everybody is involved in keeping spirits up by creating and disseminating countless hilarious memes targeting the assorted protagonists and usual suspects while building cells within the network with “Social Sunday” follow lists. Such is the party atmosphere and sense of unity being generated on social media, membership of the Labour Party under Jeremy Corbyn continues to grow. Labour is now the largest socialist grouping in Europe.
Membership of the Conservative Party, on the other hand, has dwindled to such an extent that it can’t adequately finance an election. Its nearly broke. No doubt the bankers and fellow tax-dodging capitalists will cough up when the time comes, though. It will be interesting to see if they finance a pro-forma campaign in the knowledge its unlikely to succeed, or will the billionaires dig deep for a massive gamble to secure public assets like the NHS?
For the interim, no need for Jeremy Corbyn to speed up his pace to fit-in with Theresa May’s time table, no need even for him pay her the slightest attention.  She can keep his seat warm for now. 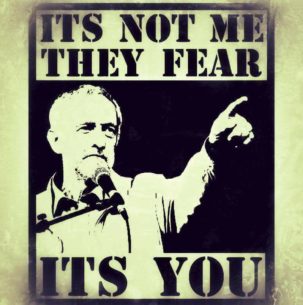 116 comments on “Letter From the United Kingdom ”