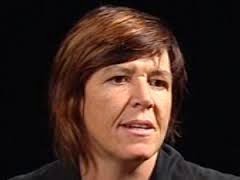 A young woman was attacked in her own home by a Malaysian diplomat. He attempted to rape her. Despite Malaysia being prepared to have the diplomat tried in New Zealand the Ministry of Foreign Affairs and Trade suggest that Malaysia may use diplomatic immunity and have the man returned home. The relationship with Malaysia was obviously considered of greater importance by some officials than pursuing justice for the victim.

The victim is informed by the police that she may have to travel to Malaysia as a witness when her attacker is dealt with by the Malaysian justice system.

Murray McCully blames MFaT for not keeping him informed and apologizes to the Prime Minister for providing him with the incorrect information. Obviously the embarrassment experienced by the Prime Minister was considered of greater importance than the feelings of the victim.

As far as I know there has been no formal apology made by the Government to the young woman concerned. If the media had not exposed this case she may have had to go through more trauma by having to go to a foreign country with little support to ensure her attacker was properly dealt with.

Jan Logie spoke with heartfelt concern during an urgent debate on the debacle. The way that the whole incident was managed just reflected a wider issue regarding the rape culture in New Zealand, victims are not given the priority they deserve and the systems continually fail them. Jan wondered why the Minister himself didn’t ask more questions and show greater oversight considering the enormity of the situation.

Rolf Harris has just been found guilty of multiple sexual offences and it has been revealed that he sexually molested girls and young women throughout his career, his behaviour was tolerated and he had won numerous awards. The victims felt powerless to question his behaviour and were not listened to if they did. The shocking thing is that this is not just an historical situation, this sick culture is a continuing one.

One in four girls in New Zealand experience sexual violence before they are fifteen, 90% of sexual crimes go unreported and of those that are, few result in a conviction. The newly appointed head of the Government’s new Export Standards Unit has a history of sexual offending and there is no assurance that he will not repeat his behaviour.

The Malaysian diplomat will be returning to New Zealand to stand trial but without media attention another victim would have been treated like most others, appallingly!

lprent: David Shearer has also made comment on this aspect of the MFAT fiasco as well.